ZZ TOP returns to play at Casino Rama in March 2016 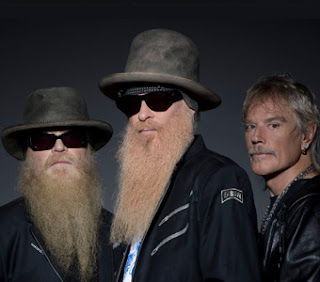 RAMA, ON – Casino Rama is excited to announce the addition of popular rockers ZZ TOP to the previously announced spring 2016 concert line-up on March 24th, 2016.  This performance will mark the seventh time the band has taken to the stage at the popular music venue known as the Entertainment Centre.

ZZ TOP a.k.a “That Little Ol’ Band From Texas,” lay undisputed claim to being the longest running major rock band with original personnel intact and, in 2004, the Texas trio was inducted into the Rock and Roll Hall of Fame. Of course, there are only three of them – Billy F Gibbons, Dusty Hill, Frank Beard -- but it’s still a remarkable achievement that they’re still very much together after almost 45 years of rock, blues, and boogie on the road and in the studio.

“Yeah,” says Billy, guitarist extraordinaire, “we’re the same three guys, bashing out the same three chords.”  With the release of each of their albums the band has explored new ground in terms of both their sonic approach and the material they’ve recorded. ZZ TOP is the same but always changing.

ZZ TOP’s music is always instantly recognizable, eminently powerful, profoundly soulful and 100% Texas American in derivation.  They have sold millions of records over the course of their career, have been officially designated as Heroes of The State of Texas, have been referenced in countless cartoons and sitcoms and are true rock icons but, against all odds, they’re really just doing what they’ve always done.  They’re real and they’re surreal and they’re ZZ TOP.

PER SHOW TICKET LIMIT:  Ticket limit is 8 per customer per show.  Please adhere to published ticket limits.  Orders exceeding the ticket limit may be cancelled without notice by TicketMaster at its discretion.  This includes duplicate orders having the same billing address or credit card.
Patrons must be nineteen (19) years of age or older with government issued photo identification to attend concerts & events.  Those who have been trespassed and/or self-excluded from Casino Rama or any OLG property may not visit Casino Rama, participate in promotions and/or redeem offers.
Operating since July 31, 1996, Casino Rama is Ontario's only First Nations commercial casino and has earned a reputation for presenting exclusive world-class sporting, entertainment & television events. The Casino offers a complete entertainment experience with over 2,500 slot machines, more than 100 gaming tables, 8 unique restaurants, a world-class 5,000 seat Entertainment Centre, and a 300-room all-suite, full-service hotel, featuring spa and health club facilities. Casino Rama is operated by Penn National Gaming, Inc.