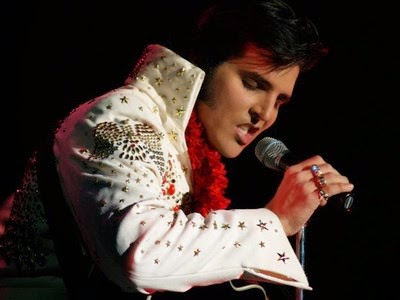 Stephen Michaels (Kabakos) widely recognized as one of the most authentic and talented Elvis Presley tribute Artists in Canada is bringing the complete ALOHA Concert Experience to several Ontario cities this fall.

This live concert event featuring Stephen Michaels and his 14 piece orchestra has been designed to replicate the famous “Aloha from Hawaii” satellite concert performed by Elvis Presley on January 14, 1973. The concert was touted as the first entertainment special to be broadcast around the world, with more than 40 countries and an estimated one Billion people receiving the broadcast.

The show promises to recreate NOTE FOR NOTE the experience and the atmosphere of what is widely seen as one of the most significant live performances in Elvis Presley’s career, and there isn’t an Elvis tribute artist better suited to put on this performance than Stephen Michaels.

With amazing accuracy, Michaels delivers an astonishing high-energy stage performance mastering the look, sound, vocal dexterity, and mannerisms of the King of Rock & Roll.
His exquisite styling, superb musicianship and ability to successfully capture an authentic portrayal of Elvis Presley have endeared him to audiences everywhere. In 2014 Michaels starred in “Return to Grace” at the Mirvish Theatre in Toronto and received tremendous reviews for his performance.

The Aloha from Hawaii Tour will perform November 20th at the Centennial Hall in London, ON, November 21st at the General Motors Centre in Oshawa, The Capitol Centre in North Bay on November 26th and the Orillia Opera House on November 27th. Additional dates may be announced at a later date. Information on all events can be found at www.liveact.ca or by visiting the websites of the respective theatres.

About LIVEact: LIVEact is an umbrella organization which, through its various divisions, has been producing, hosting, staging and promoting high quality live entertainment for over 13 years. Based in Whitby, ON, LIVEact is the home to LIVEact Theatre, Dinner Theatre, LIVEact Entertainment and Canadian Storm. We are positioning ourselves to be a dominant provider of live entertainment to mid-sized markets and venues across Ontario.