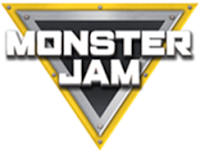 Monster Jam will be performing at Rogers Centre January 13-14/18 for two shows.

The new season will bring motorsport fans to the edge of their seats with adrenaline-charged, high-flying, four-wheel excitement that is fun for the entire family. This is the 25th consecutive year that Monster Jam has roared into Rogers Centre.

Monster Jam is one of the only sports where male and female world-class drivers, some generational rivals, are equals competing for the same championship on the same track. Following racing, new in 2018 across all Monster Jam events, fans in every city will have the chance to vote for the truck winner in the two-wheel and freestyle competitions by real-time, in-stadium fan voting on their smartphones.

Also new in 2018 is a Pit Party Early Access pass available for purchase with an event ticket. The upgraded pass provides early entry in to the Pit Party on Saturday, January 13th from 1:30pm – 2:30pm and the opportunity to get up close and personal to the Monster Jam trucks and drivers. It also will serve as a regular Pit Party pass from 2:30pm – 5:30pm with the general public. Monster Jam drivers are only in the Pit Party signing autographs until the last 30 minutes.

Tickets start at $15* and are available at Ticketmaster outlets, www.ticketmaster.ca, Rogers Centre Box Office, www.monsterjam.com or by calling (855) 985-5000.