Wee Wiarton Willie has his work cut out for him this year.
The “wee” two-year-old albino groundhog has been job shadowing the previous weather prognosticator preparing for his big debut.
That takes place next Friday (Feb. 2) when the wee one, also known as Wiarton Willie IV, succeeds Willie III who died last September at age 13 (not bad for groundhogs).
They mourned the marmot with a memorial service beside the white limestone statue called “Willie Emerging” in Bluewater Park.
Ironically, he was predeceased a month earlier by Mac McKenzie, 90, called the “founding father of the Wiarton Willie legend” in 1956.
The pressure will be on Wee Willie and his “Shadow Cabinet” to make some sense out of this crazy winter weather.
It has produced prolonged Arctic cold followed by the current unseasonably warm spell.
South Bruce Peninsula of which Wiarton is a part calls Willie the “the most famous groundhog in Canada and the only albino weather prognosticator in the world.”

Chilly Willie
Groundhog Day is known as Prediction Morning in Wiarton, starting with the Wake up Willie event and fireworks at 7 a.m. in Bluewater Park.
This will help awaken the wee one from his sleepy hibernation, just briefly, to go to work.
Last year, Willie predicted an early spring and in 2016, a longer winter.
There is a week of festival activities leading up to this day with much pomp and ceremony.
Entertainment begins at 7:15 a.m. on the outdoor stage and a free pancake breakfast at the Wiarton Arena.
Willie will be joined by his cabinet, the Queen of the Festival and her court, the McLaren Pipe and Drum Band and the town crier.
Willie’s official prediction takes place at precisely 8:07 a.m. and is a “news event that captures the interests of people around the world,” the town says. 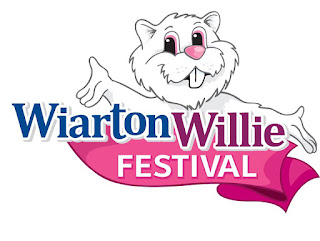 Folklore
According to the folklore of Groundhog Day, if it is cloudy when Willie emerges from his burrow, then spring will come early.
If it turns out to be sunny and Willie sees his shadow, then winter weather can be expected to continue for six more weeks.
It’s a “mid-winter celebration involving an animal with predictive powers that was an element of Celtic culture,” Wikipedia explains.
The link between weather prediction and the day is said to have been inspired by an old Scottish couplet: “If Candlemas Day is bright and clear, there’ll be two winters in the year.”
Willie has some swanky accommodations for a groundhog with his home specially designed by the Toronto Zoo.
It’s in the park outside the Chamber of Commerce office and Dockside Willie’s Restaurant.
Willie also makes public appearances from May to September to the delight of visitors.
The origin of the festival began 62 years ago with the prankster McKenzie who wanted to have a party for his closest friends.
He sent out a press release inviting them to Wiarton for Groundhog Day to break the winter doldrums and have a little fun.
It turns out a lone reporter from Toronto also showed up and was directed to the local “watering hole,” the Arlington Hotel, where Mac and his friends were found.
But, there was no groundhog for a photo.
So Mac threw his wife’s fur hat into a burrow in the snow and posed with it.
The shot was taken and published, and the rest is history.
More information: southbrucepeninsula.com; (519) 534-1400

Jim Fox can be reached at onetanktrips@hotmail.com
For more One-Tank Trips: http://1tanktrips.blogspot.ca
Posted by Jim Fox at 2:10 PM