Sarah MacDougall is a Swedish-Canadian singer-songwriter currently living in Whitehorse, Yukon. Belgium’s Rootstime Magazine describes her as “One of the greatest talents of our era.” This two-time Western Canadian Music Award-winning artist is well known for her honest, poetic and well-crafted songs, as well as her arresting voice. Her most recent album, entitled Grand Canyon, was nominated for the 2016 Best Solo Roots Album of the Year at the Western Canadian Music Awards.

Stepping outside of traditional folk, MacDougall likes to flirt with sounds from other genres, creating a sonic mix of acoustic guitar with heavier drums and richly textured strings and synthesizers.


She has performed at many global festivals, including Iceland Airwaves, Winnipeg Folk Festival, Edmonton Folk Festival and The Great Escape, a major music festival held annually in Brighton and Hove, U.K. that showcases new music from various genres. She has been featured on CBC’s Vinyl Café and her songs have appeared on the TV series The Vampire Diaries. She has toured, opened for, and shared the stage with Cat Empire, Lee Harvey Osmond, Bruce Cockburn, Tallest Man on Earth and Passenger. 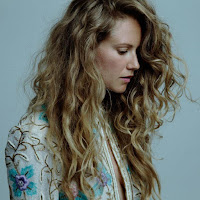 Toronto-based singer-songwriter Megan Bonnell is well-known for her enchanting voice, the catchiness of her lilting melodies and the strength of her songwriting. She released her sophomore album, entitled Magnolia, in April 2016 via Cadence Music. Exclaim! describes this lovely collection of songs, which carry traces of Bob Dylan romanticism, “as a gorgeous, introspective collection that demonstrate an artist at the top of her game.” Vocal driven, the recording contains lush instrumentation.

No stranger to touring, Bonnell toured Spain in 2013 with John Grant; opened for Passenger at the BIME Live Festival in Bilbao, Spain; and performed at the Barcelona Jazz Festival and The End Festival in the U.K. She recently toured North America, building her profile and drawing audiences with her soulful and captivating performances.

Tickets for the Live at Revival House concert series are available at https://stringbonepresents.com/. The website also contains information about dinner reservations at Revival House and accommodation at Foster’s Inn. Dinner is optional, but encouraged and must be reserved separately through the venue.