STRATFORD, Ont. – A year after it opened its doors, a one-of-a-kind museum exhibit devoted to Canadian pop superstar Justin Bieber has been given a major overhaul.
The Stratford Perth Museum — located in the small southwestern Ontario city of Stratford where Bieber grew up and launched his meteoric rise to the top of music charts as a teenager — has added more than two dozen new pieces of memorabilia provided by Bieber and his family to the collection. 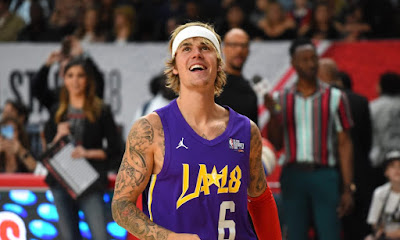 The revamped “Justin Bieber: Steps to Stardom” exhibit has taken place for the popular exhibit’s one-year anniversary.
“We’ve got some fantastic new items that Justin and his family have lent the museum,” said John Kastner, General Manager of the Stratford Perth Museum.

“This isn’t just a finetuning of the collection, it’s a real refresh. We wanted to make sure that people who may have been to see the exhibit before will really notice the changes if they come again.”
The museum worked closely with Bieber and his family members to ensure the exhibit gives an intimate, behind-the-scenes look at the musician’s extraordinary path to success — beginning from his early days as a youngster in Stratford before he was discovered, to his present status as one of the world’s top-selling names in entertainment.

The collection features dozens of pieces from his music career, such as Justin’s drum set, Teen Choice Awards, a personal letter from former First Lady Michelle Obama and clothing he wore during major concert performances. It also includes personal items from his childhood in Stratford, including a hockey a hockey jacket from when he played for the Stratford Warriors Atom Travel Team when his nickname was already ‘Biebs’ and a signed library card.

Among the new items that will be added to the exhibit are a jersey Bieber wore in the 2018 NBA All-Star Celebrity Game, a large portrait of Bieber and wife Hailey Baldwin, and several other items of clothing Bieber has worn. The museum has also restocked its gift shop with several new Bieber items for fans who want to take home a souvenir of their visit, including T-shirts, cellphone cases, skateboard decks, toques and lanyards.
Beliebers can also buy a recently released book penned by Kastner that gives a behind-the-curtain look at the museum exhibit. Justin Bieber: Steps to Stardom features 100 colour photos of some of the most iconic pieces of memorabilia in museum’s exhibit, as well as never-before-told stories behind what makes the items so significant. The book also treats fans to exclusive photos and stories about Justin and his family that can’t be found in the exhibit.
Featuring a signed foreword by Bieber himself, the book was published by Stratford-based Blue Moon Publishers.
The Bieber exhibit has been an overwhelming hit for the small museum. Prior to opening the Bieber exhibit, the museum received a few thousand visitors in a good year. Last year, more than 20,000 visitors from around the world came through the museum’s doors, including Bieber, who dropped in at least five times to check out mementos of his career.
Visitors can learn more about the museum and purchase tickets in advance through the museum’s website.

About the Stratford Perth Museum:

The Stratford Perth Museum celebrates the history of Stratford and Perth County and is home to over 20,000 local artifacts. In recent years the Museum has also hosted and created exhibits of national and international interest. Those include Shakespeare’s First Folio, an exhibit from The Anne Frank House in Amsterdam, an exhibit from Parks Canada and the Royal Ontario Museum about the Franklin Expedition and a collection of Inuit art from the Art Gallery of Ontario. The Stratford Perth Museum is located at 4275 Huron Rd., just west of Stratford’s downtown core and about 90 minutes outside of Toronto.

More information is available at stratfordperthmuseum.ca.