The hits just keep on coming as this year marks several milestones in music history.
They’ll really be dancing in the streets as Martha Reeves and the Vandellas sang at Motown’s 60th anniversary weekend from Sept. 21 to 23 in Detroit.
The Motown sound changed America as it emanated from songwriter Berry Gordy’s home studio started with an $800 loan from his family.
At 2648 W. Grand Blvd., the house now is the home of the Motown Museum, nicknamed Hitsville U.S.A.
That’s where the Four Tops, David Ruffin and the Temptations, Smokey Robinson and the Miracles, Diana Ross and the Supremes, and Stevie Wonder became famous.
And, don’t forget Michael Jackson & the Jackson 5, the Marvelettes, Gladys Knight & the Pips and Lionel Richie & the Commodores.


The museum is preserved in time with its legendary Studio A with holes in the building’s ceiling to serve as homemade echo chambers.
With more than 180 No. 1 hit songs worldwide and counting, that influence is still being felt today from pop to hip-hop.
The anniversary weekend includes a musical tribute, awards celebration, gospel concert and the “Soul in One” celebrity golf classic.
On now is an exhibition called “Reflections: My Motown Story” that highlights the profound way Motown “shaped our culture and refl­ected our shared humanity.”
There’s a free founders’ day celebration on Sunday (May 19) from noon to 5 p.m. with tours, music, dancing, food trucks and community vendors.
Big things are happening as underway is $50-million museum expansion expected to be completed late this year.
Current hours are Tuesday to Friday, 10 a.m. to 6 p.m.; Saturday, 10 a.m. to 8 p.m.; closed Mondays. motownmuseum.org; (313) 875-2264

All that jazz
The 32nd edition of the TD Toronto Jazz Festival, from June 21 to 30, has headliners including Diana Ross, Norah Jones, Cecile McLorin Salvant, Tower of Power for its 50th anniversary tour and “Cuba’s grand dame” Omara Portuondo.
Fresh from her 75th birthday celebrations at the Grammy’s last month, the legendary Diana Ross performs on June 24 followed by Norah Jones on June 26 at the Sony Centre, said publicist Anna Tom.
From concert halls to the streets of Yorkville, there are 10 jazz-packed days with 1,500 musicians performing at ticketed events and 175 free performances. torontojazz.com

A “stunner”
It will be a “stunner of a summer for our 40th birthday,” publicist Ann Braithwaite says of the Montreal International Jazz Festival.

“It marks the return of music to the streets, massive festive gatherings and fun in the downtown core and magical musical discoveries,” she added.

The fest has announced150 indoor concerts from June 27 to July 6 and the outdoor program will be unveiled on May 29. 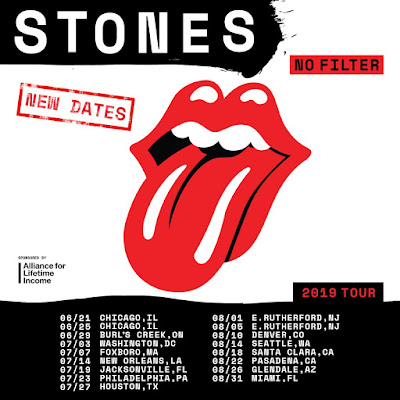 Rock, jazz, country and blues headliners at Place des Arts include George Benson, Norah Jones, Blue Rodeo, Melody Gardot, Alan Parsons, Peter Frampton and Buddy Guy. montrealjazzfest.com
- Boots and Hearts Music Festival has announced that Jason Aldean will join country music superstars Miranda Lambert, Maren Morris and Cole Swindell as headliners.
Also on the list at Canada’s largest country music festival are Kane Brown and Kip Moore.
It happens from Aug. 8 to 11 at Burl’s Creek in Oro-Medonte, north of Barrie. bootsandhearts.com
Also at Burl’s, it was announced that the Rolling Stones, who have been touring for 55 years, will still play there on June 29.
They’re keeping to the original Canada Day weekend date that had been postponed when Mick Jagger underwent heart surgery.
- It was 50 years ago from May 26 to June 2 that Beatle John Lennon and wife Yoko Ono staged a “Bed-in for Peace” at the Queen Elizabeth Hotel in Montreal after one in Amsterdam.
In their Montreal hotel room, the famous anthem Give Peace a Chance was created.

Jim Fox can be reached at onetanktrips@hotmail.com
For more One-Tank Trips: http://1tanktrips.blogspot.ca
Posted by Jim Fox at 2:42 PM