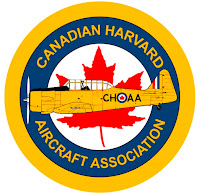 From 9 am to 4 pm the entire family is invited to see classic cars, trucks, motorcycles and more while watching the vintage Harvards and other visiting aircraft take to the skies.  All types of vehicles are welcome! 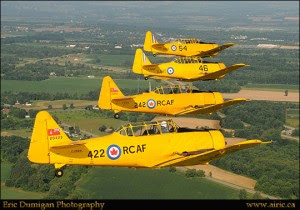 This popular event is staged in association with the Bygone Iron Car Club and Tillsonburg Cruisers.  The rain date is set for Sunday, September 15th.  (Check www.harvards.com by late afternoon of Friday for any decision to postpone to Sunday.)
Along with dozens of beautiful vintage motor vehicles, there will be Harvards on the ground and in the air, educational displays, various fundraising activities, food trucks, a silent auction and much more!

Plus, it’s a great opportunity to learn about an impressive element of Canada’s aviation history and enjoy a flight experience in a Second World War vintage aircraft.  There is no admission fee, but donations to the Harvard Association are encouraged and appreciated.


The Canadian Harvard Aircraft Association is a group of dedicated volunteers with a mission to acquire, preserve, restore, maintain, display and demonstrate the Harvard and other aircraft associated with the British Commonwealth Air Training Plan and the Royal Canadian Air Force.  From its humble beginnings in 1985, the association has blossomed to a fleet of 8 Harvards and a Yale, two hangars, two portable buildings and an impressive collection of artifacts.  This year, the association is marking the 80th anniversary of the arrival of the Harvard in Canada.

The North American Aviation produced Harvard, or AT-6 Texan or SNJ as it was known in the U.S., was the primary advanced, single-engine aircraft used to train more than 130,000 aircrew as part of the British Commonwealth Air Training Plan in Canada during the Second World War.  With its distinctive roar, the Harvard was a familiar sight and sound at air bases across the country.

The Wings & Wheels Family Fun Day is an ideal family outing for young and old alike!