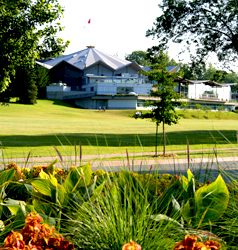 The Stratford Festival is delighted to announce that William Shatner will be the 2013 recipient of its Legacy Award.

Mr. Shatner’s vast career and enormous contribution to the Festival in its founding years will be honoured at a gala at Toronto’s Four Seasons Hotel on Monday, October 21.

“As a screen and television actor, William Shatner has had a legendary career,” said Artistic Director Antoni Cimolino. “He is known around the world for his iconic portrayal of Star Trek’s Captain Kirk, and for a host of other leading roles, including T.J. Hooker and Boston Legal’s Denny Crane.
But many people may not realize that he has also won acclaim as a classical actor. One of my favourite pieces of Stratford lore is the story of William Shatner going on as the understudy for Christopher Plummer’s Henry V in 1956. He became an overnight sensation. In fact, Chris later reflected: ‘I knew then that he was going to be a star.’

“It gives us great pleasure to pay tribute to William Shatner and his legacy at the Stratford Festival. We look forward to creating a tribute worthy of his illustrious career.”

Mr. Shatner was a member of the Stratford Festival company for three years, beginning in its second season, 1954, when he played Lucentio in The Taming of the Shrew, the Young Lord in Measure for Measure and a member of the chorus in the acclaimed production of Oedipus Rex. In 1955, he played Lucius to Lorne Greene’s Brutus in Julius Caesar, Gratiano in The Merchant of Venice, and reprised his role in Oedipus Rex. In 1956, the year he famously understudied Mr. Plummer, Mr. Shatner played Gloucester in Henry V and Fenton in The Merry Wives of Windsor. He then toured to Broadway, playing Usumcasane in the Festival’s production of Tamburlaine the Great.

Mr. Shatner’s impressive television career was already underway when he joined the Festival company. His credits include such TV classics as Howdy Doody, Space Command, Alfred Hitchcock Presents, The Twilight Zone, 77 Sunset Strip, The Outer Limits, The Man from U.N.C.L.E., The Defenders, Dr. Kildare, Gunsmoke, Mission Impossible, Marcus Welby, MD, Ironside, Mork and Mindy and, of course, Star Trek, in which, as Captain James T. Kirk, he rocketed to fame, starring in more than 100 episodes and seven feature films, one of which he also directed. Mr. Shatner played the title role in T.J. Hooker before hosting television’s first reality-based series, Rescue 911.

In addition to having his star on the Hollywood Walk of Fame, Mr. Shatner won a Golden Globe and an Emmy for his portrayal of Denny Crane in the hit TV series Boston Legal and a second Emmy for The Practice. He has toured extensively – and continues to do so – with his one-man show, Shatner’s World, which is now set to air on TMN and Movie Central on October 27 at 8:30 p.m.

Mr. Shatner was last in Stratford in 2009 for a screening of the documentary Gonzo Ballet at the Avon Theatre as part of DocFest. The film profiled the Milwaukee Ballet’s performance of Common People, a dance presentation set to the music of Mr. Shatner’s critically acclaimed album Has Been. His newest musical project is a space-inspired album called Seeking Major Tom, which features a number of heavy metal covers as well as songs by U2, Frank Sinatra, Queen and Pink Floyd. His new album, Ponder the Mystery, will be released in October.

Mr. Shatner is also the author of nearly 30 best-sellers, both fiction and non-fiction, and of a comic book series. A longtime dedicated breeder of American Quarter Horses, Mr. Shatner founded the Hollywood Charity Horse Show, which is held annually in support of Los Angeles-based children’s charities.

Last year the award was presented to Dame Maggie Smith, who was a Festival company member for four seasons between 1976 and 1980. The first recipient, in 2011, was Christopher Plummer, a member of the company for 12 seasons, beginning in 1956.

The Stratford Festival’s 2013 season runs until October 20, featuring Romeo and Juliet, Fiddler on the Roof; The Three Musketeers, The Merchant of Venice, Tommy, Blithe Spirit, Othello, Measure for Measure, Mary Stuart, Waiting for Godot, Taking Shakespeare, and The Thrill, along with more than 150 events at The Forum.