Ein Prosit, eh, in Kitchener-Waterloo; giant veggies at the Norfolk fair; be a-maze-d at Leaping Deer

The familiar chant “Zicke zacke, zicke zacke, hoi, hoi, hoi” is being heard across Kitchener-Waterloo meaning it’s Oktoberfest party time.
That rally call – loosely translated – means “down the hatch,” as revellers chug their beer and finish it off with a round of polkas before roaring into another rousing chorus of Ein Prosit, the Bavarian drinking anthem.
Yes, they’ve rolled out the barrel (of beer), so everything is wunderbar (wonderful) for Canada’s great Bavarian festival, the biggest outside Munich, Germany.
It opened on Friday and runs until Oct. 18 with an expected turnout of more than 700,000 festival goers, said Dave MacNeil, executive director.
The fun takes place at 18 German-Canadian clubs, called festhallen, “featuring music, food, and culture that’s at the heart of this Bavarian festival,” he added.
Traditional highlights and favourites include Rocktoberfest with Canadian rockers The Trews, the Great Oktoberfest Barrel Race and the Oktoberfest Car Show.
Leading the revellers in the chicken dance oom-pah song (doing the polka while imitating chickens) is Hans, a huge orange-costumed mascot wearing a Prosit hat.
A big draw is the annual Oktoberfest Thanksgiving Day Parade on Monday morning that attracts about 150,000 people who line a five-kilometre route through the Twin Cities. 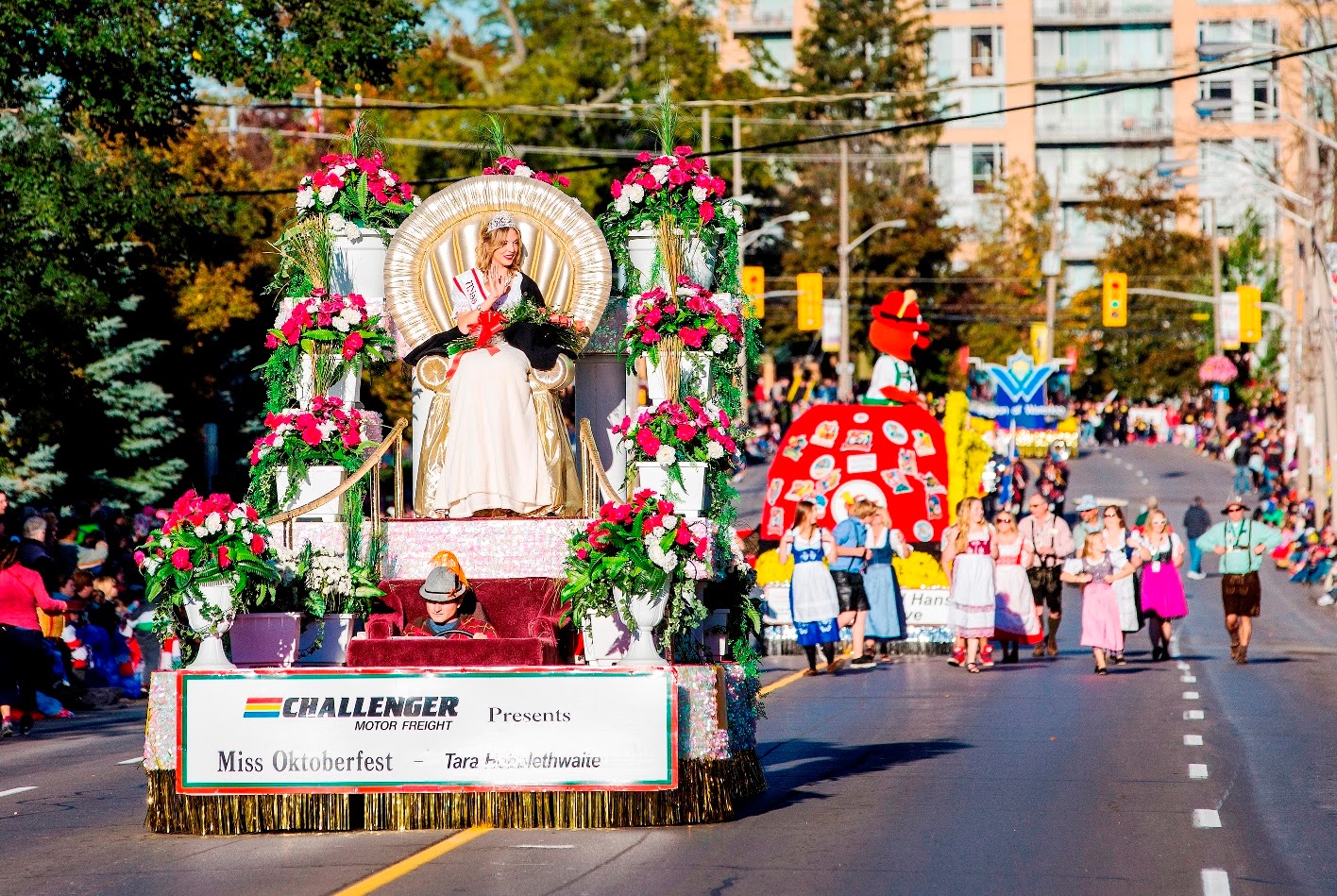 Beer fest
Still in Waterloo Region, craft beer lovers can salute Craftoberfest, a festival during Oktoberfest dedicated to the popular movement.
The region has “fully embraced” this craft-brewing trend as numerous beer events are taking place now through Oct. 18.
These feature beer from local favourites such as Block 3, Descendants, Innocente, Grand River, Royal City and more from across Ontario. Details: craftoberfest.ca

Huge veggies
Looking to see some of Ontario’s largest vegetables?
Then head to the Norfolk County Fair & Horse Show in its 174th year in Simcoe on through Monday.
Joel Jarvis of St. Thomas knows how to grow them as a third-time winner for producing the largest pumpkin, weighing in at 655 kilograms (1,444 pounds).
He also took first prize for the largest squash weighing 540 kilograms (1,192 pounds).
In second place for pumpkins was John Butler, also of St.Thomas, whose gourd weighed 556 kilograms (1,226 pounds).
As Ontario’s fourth largest fair that attracts more than 100,000 visitors, it features agricultural displays, craft exhibits, food vendors, art demonstrations, talent competitions, midway rides, celebrity chefs, plus many other special events, said publicist Wendy Brick.
Tonight’s concert features the Stellas and One More Girl, along with fire breather Terrance Drake, a mechanical bull and cash bar at the party on the horse track.
There are daily wild west and science magic shows, Sunday night’s Grand Daddy Tractor Pull and Monday’s Williams Cup Demolition Championship.
Details: norfolkcountyfair.com; (519) 426-7280

A-maz-ing
Get lost in an owl corn maze and cheer as jack-o-lanterns are smashed to bits.
It all happens at the Leaping Deer Adventure Farm & Market in Ingersoll.
The annual Fall Fun Festival continues and the store, bakery – featuring lemon and coconut cream pies – museum and cafe are open every Saturday and Sunday (and Thanksgiving Day) from 10 a.m. to 5 p.m. until Nov. 2.
The “Hillbillies” with their antics are back with the pumpkin cannon and children can make their own creature to take home, said the farm’s Julie Budd.
The “Amazing Pumpkin Smash” is Nov. 1 and 2 when visitors can watch a large articulating tractor destroy their left-over jack-o-lanterns.
There will be a “great meal and a night of twisted fun” at the Full Moon Feast for Witches & Warlocks of all ages, Budd said.
It happens on Oct. 25 and includes a Halloween costume contest, with presale tickets only.
The theme for this year’s corn maze is an owl with the saying “Give a Hoot Don’t Pollute.”
Admission to the maze and farm is $11.99, plus tax for ages three and older; two and younger are free.
It’s at 544212 Clarke Rd., Ingersoll, just off Highway 401. leapingdeer.com; (519) 485-4795