Grammy Winner to Make Her Entertainment Centre Debut on November 4, 2015 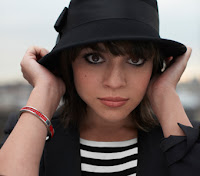 RAMA, ON – Casino Rama is excited to announce the addition of Grammy Award-winning artist Norah Jones, who will perform for one amazing night on November 4th (8pm) this fall.

In 2002, Norah Jones launched her solo music career with the release of “Come Away with Me” a
certified Diamond selling album that was a fusion of jazz with country music and pop.

The record earned Jones five Grammy Awards, including the “Album of the Year”, “Record of the Year” and “Best New Artist.  Her subsequent studio albums “Feels Like Home”, released in 2004; “Not Too Late”, released in 2007, the same year she made her film debut in My Blueberry Nights; and 2009's The Fall, all gained Platinum status, selling over a million copies each.  Jones' fifth studio album, “Little Broken Hearts”, was released on April 27, 2012
Jones has won nine Grammy Awards, has sold more than 50 million albums and was named Billboard

Fans are invited to visit the Casino Rama Resort Facebook page<https://www.facebook.com/casinoramaresort?ref=hl> to gain access to an exclusive pre-sale, along with a chance to beat the box office for a pair of tickets to this much-anticipated performance.

Advanced online ticket purchase for Facebook Fans & Club Members begins on Monday, August 31st at 12 noon at www.ticketmaster.ca<http://www.ticketmaster.ca/> or by calling toll free
1-877-599-RAMA (7262). A special code is required for Monday’s advance purchase
period which can be found on the Casino Rama Resort Facebook page<https://www.facebook.com/casinoramaresort?ref=hl>.

PRE-SALE TICKET
LIMIT:  Ticket limit is 6 per customer.  Please adhere to published ticket limits.  Orders exceeding the ticket limit may be cancelled without notice by TicketMaster at its discretion.  This includes duplicate orders having the same billing address or credit card.

Tickets go on-sale to the public on Wednesday, September 9th at 12 noon and will be available in-person at theCasino Rama Box Office, at all TicketMaster locations, by calling toll free 1-877-599-RAMA (7262) and online at www.casinorama.com<http://www.casinorama.com/>. Ticket prices do not include
applicable taxes or service charges.
PUBLIC SALE TICKET LIMIT:  Ticket limit is 8 per customer.  Please adhere to published ticket limits.  Orders exceeding the ticket limit may be cancelled without notice by TicketMaster at its discretion.  This includes duplicate orders having the same billing address or credit card.

Must be nineteen (19) years of age or older with government-issued photo identification to attend concerts & events.  Those who have trespassed and/or been self-excluded from Casino Rama or any OLG property may not visit Casino Rama, participate in promotions and/or redeem offers.
Operating since July 31, 1996, Casino Rama is Ontario's only First Nations commercial casino and has earned a reputation for presenting exclusive world-class sporting, entertainment & television events. The Casino offers a complete entertainment experience with over 2,500 slot machines, more than 100
gaming tables, 8 unique restaurants, a world-class 5,000 seat Entertainment Centre, and a 300-room all-suite, full-service hotel, featuring spa and health-club facilities. Casino Rama is operated by Penn National Gaming, Inc.
--