NEWS RELEASE
Oh Susanna + Sunparlour Players = unforgettable music
Stratford, ON (April 24, 2018) – String Bone Presents! another exceptional double bill concert at Revival House on May 4, 2018. Canadian singers-songwriters Oh Susanna and the Sunparlour Players have quite contrasting musical styles, but both produce unforgettable music. This will certainly be a concert to remember.

With eight critically acclaimed albums, numerous awards and nominations, as well as mountains of international critical acclaim, Canadian singer-songwriter Suzanne Ungerleider, who writes and performs under the name Oh Susanna, represents the pinnacle of great signwriting. 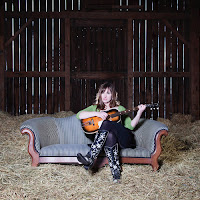 This rootsy Toronto-based songstress has been described as having “a voice that can pierce a heart of stone.” Her superbly crafted songs often tell stories of “troubled souls, longing and love, small town joys and pains, and of our simple feelings and strong passions – tales that look into our beautifully flawed human hearts.” 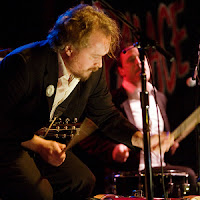 “If you have not seen the Sunparlour Players perform live, you're missing out on a powerful transformative experience,” says Alan Neal, host of CBC Radio Ottawa’s All in a Day.

Together Penner and Rosenthal embrace both the dark and light in their songs, exploring dusty landscapes, rural backdrops and desolate times matched with the fervour and joy of a gospel revival, and usually all within one song. On stage, they take their fans through a roller coaster of emotion and energy with thunderous stomping one moment, followed by delicate strumming the next.

The Sunparlour Players have performed with Mumford & Sons, Blue Rodeo and Plants & Animals, as well as their own headlining schedule of shows in barns, backyards, theatres and clubs. They have also scored music for film and television and have four critically acclaimed albums to their credit: Hymns For The Happy (2007), Wave North (2009) and Us Little Devils (2011), The Living Proof (2014).

Tickets for the Live at Revival House concert series are available at https://stringbonepresents.com/. The website also contains information about dinner reservations at Revival House and accommodation at Foster’s Inn. Dinner is optional, but encouraged and must be reserved separately through the venue.