Marvel Universe Live! is coming to Hamilton as only Canadian stop 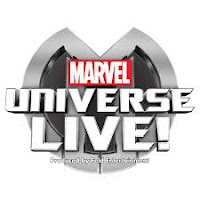 HAMILTON, ON — Canadian Marvel fans, assemble for this live, legendary battle to defend the universe from evil.

The Avengers, the Guardians of the Galaxy and Spider-Man join forces with Doctor Strange, master of the mystic arts, in a race against time to recover the Wand of Watoomb before it falls into Loki’s hands in this all-new, spectacular arena stunt show.
Produced by Feld Entertainment, Marvel Universe LIVE! is coming to FirstOntario Centre in Hamilton from October 18-21 for 7 performances. This is the only Canadian stop in 2018.


Audiences will join in the quest that sparks new feuds with old foes, pitting student against mentor, sister against sister and brother against brother. 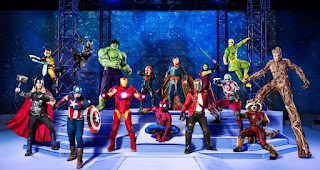 Tickets for Marvel Universe LIVE! start at $15*. Tickets are available at www.ticketmaster.ca, www.marveluniverselive.com, FirstOntario Centre Box Office, or by calling 1 (855) 985-5000.
*Plus applicable fees and service charges. Prices subject to change.

About Marvel
Marvel Entertainment, LLC, a wholly-owned subsidiary of The Walt Disney Company, is one of the world's most prominent character-based entertainment companies, built on a proven library of more than 8,000 characters featured in a variety of media over seventy-five years. Marvel utilizes its character franchises in entertainment, licensing and publishing. For more information visit marvel.com
Posted by Jim Fox at 11:14 AM