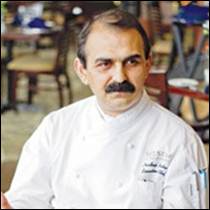 July 31, 2013 - Ashok Baghel, General Manager of The Westin Prince, Toronto is pleased to announce the appointment of Pradeep Batra as Executive Chef at the hotel.

Chef Batra has spent over nineteen years in culinary management inspiring hotel guests and patrons throughout Canada, the U.S., and International markets with his culinary creativity and expertise.


While completing his Bachelor of Arts, Chef Batra’s professional path began with learning the culinary fundamentals during the pre-opening of the Maurya Sheraton in New Delhi.

From Delhi he began his international journey of culinary passion that has seen Chef Batra work in India, Bahrain, and the Sultanate of Oman before immigrating to Canada in 1994.  At The Westin Calgary, he worked under the leadership of renowned Canadian Chef Fred Zimmerman, who captained Team Canada to a World Championship in 1992.

“We are all delighted that Chef Batra has joined the team at The Westin Prince,” said Ashok Baghel, general manager, The Westin Prince. “He brings a wealth of hospitality experience to this role and we know that his creative menus, inspired by his local and global experiences will help to recharge and renew our guests, whether at the hotel restaurant or a catered signature event or meeting!”

Chef Batra possesses a comprehensive knowledge of Californian, South West American, Canadian, Indian, Arabian, Mediterranean and Asian cuisines. Throughout his culinary career, he was appointed to several task forces helping hotels in their pre-opening phase, including The Westin Birmingham,  Le Méridien Beverly Hills, and The Westin Copley Place-Boston.  He has participated twice in the Clinton Global Initiative at the Sheraton New York & Towers.

Chef Batra was recognized by Starwood Hotels & Resorts for his culinary expertise and management footprint, as the 2010 Leader of the Quarter,  the 2008 Leader of the Year and  recipient of the 2008 Award for Operational Excellence at The Westin Waltham-Boston.  He is an active, professional member of the Academy of Canadian Culinary Federation.

About The Westin Prince, Toronto
The newly renovated Westin Prince Hotel features the unique combination of resting on 15 acres of magnificent parkland while maintaining easy access to all Toronto has to offer.  The Westin Prince is the only hotel in Ontario to have won the prestigious AAA Four-Diamond Award for 37 consecutive years.

The hotel is proud to offer excellence in service and facilities where guests find the height of rejuvenation with Westin’s signature Heavenly Bed, promising a restful sleep, revival in the Heavenly Shower and Bath and reinvigoration in the WestinWORKOUT Fitness Studio, tennis courts, seasonal pool and wooded walking paths.  The Westin Prince, Toronto is home to 30,000 square feet of distinctive meeting and event space with seating up to 600. Be sure to experience the continental or Japanese cuisine, as prepared by award-winning chefs in two on-site restaurants. For more information visit www.westin.com/prince