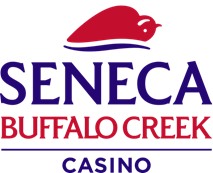 Winner Played Penny Machine in Homage to Actor Richard Attenborough
BUFFALO, N.Y. – Just one day before a milestone birthday, Robert P. of Eden, N.Y. received the ultimate present as he hit the wide-area progressive jackpot of $844,437 on a penny video slot machine at Seneca Buffalo Creek Casino in downtown Buffalo. Robert placed a $3 maximum bet on the penny machine and landed five WILD symbols across the screen for the top prize.


The jackpot took place at 11:40 a.m. on Tuesday, Aug. 26. The penny-denomination machine is located just outside Seneca Buffalo Creek Casino’s high limit room and is one of only two of its kind on the gaming floor.

“When the machine hit, at first I thought I won a thousand bucks,” Robert said. “Then I saw $844,000 and thought the machine malfunctioned. I still can’t comprehend it. It’s a life-changing amount of money.”

“What an incredible surprise birthday gift for one of our guests,” said Jennifer Caruso, general manager, Seneca Buffalo Creek Casino.
“Robert’s win just goes to show that anyone can walk in a player, and walk out a mind-boggling big winner. And in this case, this winner went home a game-changing jackpot winner!”

Robert said it was only the second time he played that particular penny machine, but that he felt compelled to play it in homage to the late Richard Attenborough, the actor who passed away earlier this week. Robert has not decided how to enjoy his winnings just yet, and said he will consult with his wife to figure out a game plan. He is not retired and has no plans to retire.  He works for his son’s lumber company and says he will report to work tomorrow right on schedule, despite winning the amazing jackpot.

The $130 million Seneca Buffalo Creek Casino officially opened on August 27, 2013. The property attracts approximately 3 million annual visitors, with many coming from Pennsylvania, Ohio, other parts of New York State, and Southern Ontario. Seneca Gaming Corporation, the Casino’s owner, recently announced a $3 million marketing partnership with Visit Buffalo Niagara to promote City of Buffalo tourism attractions to major markets in surrounding states and Southern Ontario, Canada. The casino employs approximately 500 team members, with about half residing in the City of Buffalo.

About Seneca Buffalo Creek Casino
Seneca Buffalo Creek Casino is the latest attraction in the rapidly developing Cobblestone District along Buffalo, N.Y.’s Inner Harbor and is located just minutes from the Peace Bridge to Fort Erie, Canada, and a half-hour from Niagara Falls. The property is open 24 hours a day, seven days a week and 365 days a year. Guests can enjoy more than 800 slot machines and 20 table games, BC Café, Stixx Sports Bar and Buffalo Savors Grill with foods directly from some of the region’s most popular restaurants.