What would Alexander Graham Bell think today about how his tinkering led to creating the device that revolutionized communications?
His ingenuity in inventing the telephone in 1874 changed the way people have interacted since then.
“He’d likely be horrified to see people today texting each other in the same room,” said Brian Wood, curator of the Bell Homestead National Historic Site in Brantford.
In fact, Bell (1847 to 1922) refused to have a phone in his study or work rooms so the call bells wouldn’t interrupt him. 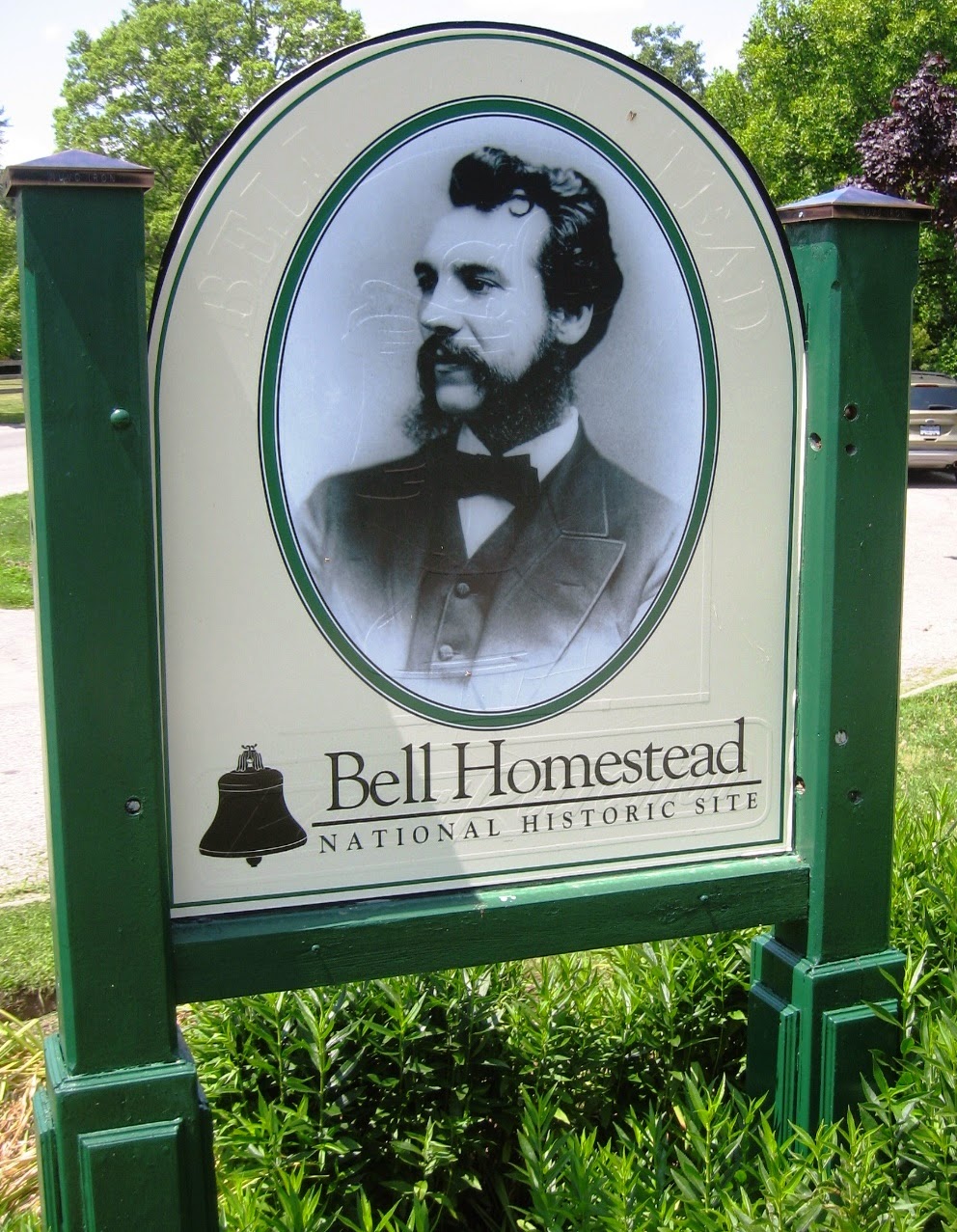 A visit to the homestead where Bell first publicly demonstrated the telephone is a trip back in time.
Remember the heavy black dial phones, clunky basic phones of the 1950s and the Princess phone?
They’re all on display and visitors can gather in the room where a dinner party was held as a long-distance phone call was received over a telegraph line.
Other inspirations of this inventor, innovator, inspirer and humanitarian can be viewed in Baddeck, N.S. at the Alexander Graham Bell National Historic Site.

Can you hear me now?
There is much debate over where Bell actually invented the phone, with Boston often claiming that honour.
Bell did some of his research while working as a professor of vocal physiology at Boston University and was the first to obtain a patent.
His breakthrough work came when the teacher of the deaf returned to Melville House, his parent’s home in Brantford, and made the first real long-distance call on Aug. 10, 1876 to Paris, 16 kilometres away.

Bell later declared: “Brantford is rightfully named the Telephone City.”
While sitting outside in his “dreaming place,” Bell grasped the principle of developing a “speaking telegraph” in 1874.
On a visit two years later, he staged public demonstrations that proved the telephone was a practical form of communication.
This mid-Victorian farm that the Bell family emigrated to from Scotland in 1870 opened in 1910 to the public as a memorial of the invention of the phone.
Today, costumed guides provide tours of the two-storey home in which about 90 percent of the main-floor furnishings are original Bell family pieces.
For our tour, Sarah Hamilton, education coordinator, pointed out original watercolour paintings by Bell’s mother, Eliza, and a marble and slate inlaid table they brought to Canada.
She shows replicas of the three earliest telephones and switchboards from the Henderson Home, Canada’s first telephone business office, relocated to the homestead site.
There’s a stuffed duck-billed platypus brought from Australia by her brother and her original hearing trumpet.
A trompe l’oeil portrait that appears to have cracked glass was a favourite of Melville Bell, the inventor’s father, that he used as a practical joke.
The Bell Homestead Cafe serves lunch from 10 a.m. to 3 p.m., Tuesday to Saturday, with ingredients locally sourced including veggies from the on-site garden.

Take off, eh
At Bell’s Nova Scotia retreat, visitors can see how his gigantic kites and airplane experiments led him to build a record-setting hydrofoil boat.
At the Alexander Graham Bell National Historic Site, models, replicas, photo displays, artifacts and films provide a glimpse into the mind of the creative genius and his amazing legacy.
Bell established his family’s vacation home in 1886, far from the formality and summer heat of Washington D.C. where they lived.
Both he and wife Mabel Hubbard Bell played an active role in the social and intellectual life there.
He continued his experimentation leading to scientific experiments in sound transmission, medicine, aeronautics, marine engineering and space-frame construction.
Numbers please
- Bell Homestead National Historic Site is at 94 Tutela Heights Rd. in Brantford.
It is open from Tuesday to Sunday from 9:30 a.m. to 4:30 p.m.
Admission is $6.25, adults; $5.25, seniors; $4.50, students; free, six and younger. bellhomestead.ca; (519) 756-6220
A two-for-one coupon is available in the Red White & True passport booklet available at tourism offices and theheartofontario.com/special-offers/red-white-true
- Alexander Graham Bell National Historic Site is on Chebucto Street in Baddeck, N.S. and is open through Oct. 20 from 9 a.m. to 5 p.m.
Admission is $7.80, adults; $6.55, seniors; $3.90, ages six to 16; $19.60, family/group. parkscanada.gc.ca/bell; (902)295-2069

Jim Fox can be reached at onetanktrips@hotmail.com
For more One-Tank Trips: http://1tanktrips.blogspot.ca
Posted by Jim Fox at 11:12 AM