“We’re really excited to be celebrating our seventh anniversary,” said Chris Dabrowski, Show Manager.  “This year’s line up of star-studded celebrities and attractions will be sure to excite fans spanning all generations,” he added. 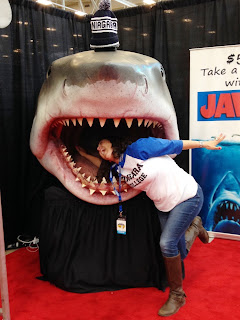 
“This year’s event also features a Legends of Wresting Reunion which will see superstars like Ric Flair, Brutus Beefcake, Greg Valentine, the Honky Tonk Man, Trish Stratus and Lita join other guests in celebrity row,” added Dabrowski.  “Our guest artist line up is one of our best ever, headlined by legendary artists Jim Steranko and Neal Adams.”

In all, Niagara Falls Comic Con will feature more than 200,000 square feet of comics, artists, pop culture and geek related memorabilia, cosplay contests, as well as an 80s Video Game Zone, Falls Horror Fest, TV / Movie Cars including a Mystery Machine and ‘89 Batmobile.  Other exhibitors include the world’s largest collection of screen used props and memorabilia from the John Carpenter classic The Thing, as well as a Hollywood museum of screen used props and wax replicas. 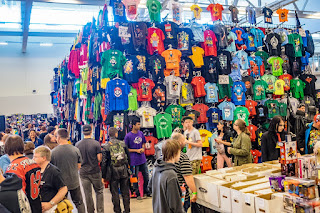 “This will be our biggest year yet,” added Dabrowski.

Tickets start at $25 and are available online at www.nfcomiccon.com or at the door on the days of the Show.
About Niagara Falls Comic Con

The event features more than 200,000 square feet of all things pop culture, including more than 200+ exhibitors, 100+ celebrity and artist guest, TV/Movie cars and memorabilia, comics, cosplay, Q&A’s and much more.