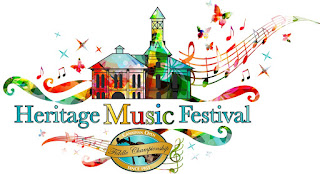 Sponsored by the Rotary Club of Shelburne, the event features a variety of entertainers, including The Trews and the Beckett Family, as well as Canada’s top fiddlers in competition for thousands of dollars in prizes.

Community events include camping, Bands and Brews at the Fiddle Park, a pork bbq, a giant fiddle parade, an open air market, and non-denominational church service.

The Trews with The Pop Machine

The Trews have been one of Canada's most successful rock bands of the past decade, earning 17 Top 10 Rock radio singles (including two #1s) and two Gold-certified albums (House Of Ill Fame; Den Of Thieves). The quartet has also received multiple East Coast Music Awards, a CIMA Road Gold Award, an Independent Music Award (US) in 2009 for Best Rock/Metal Song, and numerous JUNO Award nominations. To date, The Trews have played over 1,000 shows worldwide, on their own as well as supporting the Rolling Stones, KISS, Robert Plant, Guns 'n Roses, Kid Rock and Bruce Springsteen. The Trews just released their new single “The New Us” and will follow up with a full album release this fall. The Trews and The Pop Machine will take to stage on Friday, August 10 at 7:30 pm.

The Becketts Back By Popular Demand


Back by popular demand after fantastic shows in 2014 and 2015, the Rotary Club is excited to present Linsey and Tyler Beckett on Thursday, August 9 at 7:30 pm. The Beckett Family is sure to get your toes tappin' with their arrangements of traditional country music and old time fiddling. Their show captures the corners of traditional music from Western Swing to Bluegrass, includes exhilarating step dancing, down home humour, old time fiddling, and special quests. The Beckett Family have four recordings available, "Fiddlin' 4 Generations," which included great grandpa, Elmer Beckett, “Changing Times” and “The Roots of Our Raising.” Their new recording, “The View From Here,” was released in 2014, and showcases some of Tyler and Linsey’s recent musical influences, while still encompassing their old time fiddle roots.


The Canadian Open Old Time Fiddle Championship starts with the playdowns on Saturday, August 10 at 10:00 am at the Centre Dufferin Recreation Complex (Shelburne Arena) with the young and the young at heart (9 & Under, 10-12, and 56 and Over Classes), followed by the remaining age classes, Gospel, Group, Novelty, Bluegrass, and the Open Class.

The Championship will culminate on Saturday, August 10 at 6:30 p.m. and will feature the crowning of the Canadian Open Champion and Canadian Open Junior Champion, entertainment by multiple Canadian Open Old Time Fiddle Champion Louis Schryer, and the judges’ showcase.

Thank You For Supporting Our Fundraising Event


Tickets: By phone or in person at Holmes Appliances & Music Shop, 135 Main Street West, Shelburne, 519-925-3037 or at www.HeritageMusicFestival.ca.