Most Canadians to spend more this year for summer vacations: CPA survey 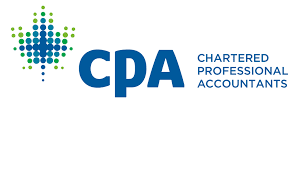 Toronto, June 28 2018 – A new survey conducted for Chartered Professional Accountants of Canada (CPA Canada) finds more than half (56 per cent) of respondents plan to spend more this summer compared to the same season last year.

Taking into consideration household spending, 30 per cent of those surveyed say their expenditures will increase between $500 to under $2,000 this summer compared to 2017.

Meantime, 45 per cent say they have less money this year compared to the same time last year after paying for their monthly household essentials.


Almost four in ten (38 per cent) say they find it stressful to pay for their expenditures during the summer months.

“With spending anticipated to heat up over the summer, the need for individuals and families to effectively track their expenditures is amplified, especially for those who call the season stressful when it comes to money management,” explains Doretta Thompson, Director of Corporate Citizenship, CPA Canada. “This is especially true since a significant number of survey respondents say they are entering this summer with less money than at the same period a year ago.  For many, tough decisions lie ahead on how to best enjoy the summer months but not overspend.”

The survey revealed summer is the season where the second most amount of money is spent overall, cited by 21 per cent of respondents. Winter was the most expensive, according to 41 per cent of those surveyed, followed by spring and fall at six and five per cent respectively.  Twenty-five per cent noticed no difference in cost between all four seasons.

The 2018 CPA Canada Summer Spending Survey was conducted by Elemental Data Collection Inc. via telephone between June 4 and June 10, 2018 with a national random sample of 1,000 adult Canadians aged 18 years and over and is considered accurate to within ± 3.1 per cent, 19 times out of 20.  A survey summary report is available online at cpacanada.ca/summerspending2018.

Note: The summary report contains a breakdown of the anticipated spending projections of the respondents. In some categories, the findings do not add up to 100 per cent because of rounding.

ABOUT CPA CANADA
Chartered Professional Accountants of Canada (CPA Canada) is one of the largest national accounting organizations in the world, representing more than 210,000 members. Domestically, CPA Canada works cooperatively with the provincial and territorial CPA bodies who are charged with regulating the profession. Globally, it works together with the International Federation of Accountants and the Global Accounting Alliance to build a stronger accounting profession worldwide. CPA Canada, created through the unification of three legacy accounting designations, is a respected voice in the business, government, education and non-profit sectors and champions sustainable economic growth and social development. The unified organization is celebrating five years of serving the profession, advocating for the public interest and supporting the setting of accounting, auditing and assurance standards. CPA Canada develops leading edge thought-leadership, research, guidance and educational programs to ensure its members are equipped to drive success and shape the future. cpacanada.ca