The hills are alive with the sound of music in “cottage country” and beyond.
From big annual music festivals to summertime favourite haunts and hoe downs in a country barn, there are plenty of options.

Boys of summer
California’s Beach Boys embody the fun of summer as they return to Casino Rama Resort, near Orillia, on July 20. 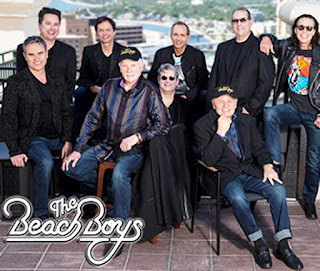 
Nearby is Burl’s Creek, home of Boots and Hearts, “Canada’s largest country music festival.”
The event in Oro-Medonte from Aug. 9 to 12 is headlined by Alan Jackson and Florida Georgia Line. bootsandhearts.com

Rockin’ the barn
There’s plenty of toe-tapping, hand-clapping and down-home fun at the Walters Dinner Theatre on the family homestead in Bright, between Woodstock and Kitchener.
The Walters Family Band kicked off the season now featuring shows paying tribute to country and music entertainers, with their return on Sept. 4 to 8 for Country Gospel.
Included are some “Good Vibrations – A Celebration of the Beach Boys – from July 23 to 28.
There are matinee and evening performances through Oct. 2, along with the pre-show country buffet with local favourite rolled ribs and apple crisp. walterstheatre.com; (519) 463-5559


All that jazz
Seal, Herbie Hancock, Savion Glover, Bettye LaVette, Alison Krauss and Cecile McLorin Salvant are just a few of the artists at the TD Toronto Jazz Festival on now through July 1.
“From legendary artists to rising stars, the lineup “includes names that will resonate with jazz lovers and music fans of all ages,” said publicist Anna Tom.
There are about 150 free concerts while other performers include Holly Cole and guitarist Liona Boyd paying homage to 1960’s folk music.
The city is “transformed” as the sound of jazz fills concert halls and the streets of Yorkville come alive, she added. torontojazz.com
Thank you very much
The Collingwood Elvis Festival, July 27 to 29, is a rockin’ good time at the “largest event of its kind in the world paying tribute to the King of Rock and Roll.”
This event celebrating the rock legend has dozens of tribute artists in concert, a parade, gospel worship service, competitions and vendors. collingwoodelvisfestival.com

Gotta have a fiddle in the band
The toe tappin’ entertainment of the summer has to be the 68th Canadian Open Old Time Fiddle Championship in Shelburne, north of Orangeville.
The event is part of the Heritage Music Festival from Aug. 8 to 12 featuring a variety of entertainers, said publicist Caroline Mach.
Performing will be the Trews, the Beckett Family and Canada’s top fiddlers in competition.
There is Bands and Brews at Fiddle Park, pork barbecue, giant fiddle parade and open-air market. HeritageMusicFestival.ca

Muskoka music
A big part of the summer fun tradition in Muskoka cottage country is live music and historic venues such as The Kee to Bala.
There’s Parry Sound’s Charles W. Stockey Centre for the Performing Arts, home of the Festival of the Sound, Gravenhurst’s Music on the Barge and the Etwell Concert Series in Huntsville.
An events’ list is at explorersedge.ca/live-music-ontarios-cottage-country-summer-2018