One-Tank Trip for Aug. 20/21 2011
(c) By Jim Fox
Dare I mention that four-letter word while we’re still having summer fun?
Well, “fall” is just around the corner as summer races along and it will soon be time for season-altering events.
There’s the Toronto’s Canadian National Exhibition – the annual harbinger of back to school and the end of summer – the looming slew of fall fairs and other cooler events.
Let’s go to the fair
Believe it or not, “fall fairs” will soon be upon us with Woodstock’s happening next week.
It’s an amazing 175th year for the Woodstock Fall Fair that runs from next Thursday through Sunday (Aug. 25 to28) at the Woodstock Fairgrounds (875 Nellis St.).
Since 1836, this has been the signature event of the Woodstock Agricultural Society and is something that “everyone looks forward to,” said society manager Michelle Ward.
“The excitement of pitting your skills on the midway or the thrill of the rides and the enjoyment of seeing the variety of entertainment at the grandstand is a great way to spend time with the family and have fun at the fair,” she said.
Read more »
Posted by Jim Fox at 12:24 PM No comments:

California dreaming!
A "one-tank trip" that's among the world's most scenic drives, where mountains plunge almost vertically into the Pacific Ocean, can be found south of San Francisco.
This trip along California's Highway 1 -- or the Pacific Coast Highway -- puts drivers to the test with its hairpin twists and turns along mountain ridges south to Morro Bay.
The dramatic encounter between land and sea repeats itself throughout the 250-mile route.
Along the Golden State's famous route, ocean waves crash against rocky shorelines and wind-swept beaches are inhabited by surfers, perky sea lions and otters.
It traverses forests rising from cool mountains, step-back-in-time towns, artist colonies, mining camps, historic missions and magnificent mansions.

Canada’s Wonderland unleashes Leviathan, one of the biggest, tallest roller coasters, in 2012 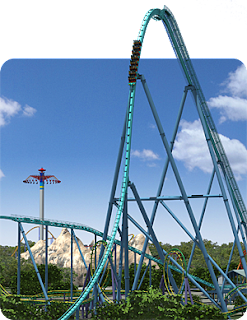 Vaughan, ON (August 18, 2011) - In 2012, Canada’s Wonderland will unveil one of the biggest and tallest roller coasters in the world:  Leviathan.

When the Park opens in May 2012, Leviathan will dominate the Park’s landscape, taking riders to breathtaking heights and speeds never experienced before at Wonderland.

The excitement begins on Leviathan’s first lift hill as riders climb to a record breaking height of 306 feet (93.3M) followed by an exhilarating 80 degree drop. Reaching a top speed of 148 kilometers per hour, riders will experience extreme coaster thrills on 5,486 feet (1,672M) of track that includes a series of giant camelback hills reaching heights up to 180 feet (54.9M), and an astonishing overbanked hammerhead turn at 115 degrees that will cross above the Park’s front gate at 147 feet (44.8M) high.

Monarch and Migrants Weekend on at Presqu’ile Sept. 3 and 4

Presqu’ile Provincial Park's annual celebration of all things that migrate is on again this year over the Labour Day weekend.
“Presqu’ile being a point of land that sticks out into Lake Ontario is a natural trap for south bound migrants, be they birds or butterflies” states chief park naturalist David Bree.
“These flying creatures tend to follow the shoreline of Lake Ontario, looking for an easy way across the big water.  They funnel down into Presqu’ile and are reluctant to head north again to get out of the park and are equally reluctant to cross the lake.
Also in Presqu’ile’s favour is the fact that we have a number of good natural habitats where these migrants can rest and feed. So they just hang out for awhile waiting for the right conditions to jump across the lake.  This provides those that like looking at animals a great opportunity to for finding and seeing these animals”.
Read more »
Posted by Jim Fox at 10:49 PM No comments:


TORONTO - GO Transit is making it easy to go to the Canadian National Exhibition by selling CNE tickets and running extra service along the Lakeshore lines. Again this year, veterans ride GO free to the Warriors' Day parade at the CNE on August 20.

Some Lakeshore East and West weekday GO Train trips will be making special stops at Exhibition GO Station to accommodate visitors during the 2011 CNE season. 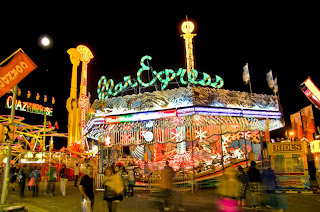 The Canadian National Exhibition (CNE), the largest fair in Canada, and one of the top 10 in North America, will open its gates August 19 through September 5, 2011 in Toronto, (Canada).

For 18 days the CNE will celebrate important anniversaries, while thrilling people of all ages with an exciting line-up of concerts, food, celebrity demonstrations, performances, midway rides, and spooky ghost tours.

The following is an overview of the attractions. Full schedule is available at TheEX.com

Highlights:
- 75th Anniversary of the Bandshell will be marked by an extensive concert
series including: Marianas Trench, The Spinners with the Manhattans, LIGHTS,
Glen Campbell, My Darkest Days, Neil Sedaka, Loverboy, Blues Festival, K-OS,
Tommy James & The Shondells and the Battle of the Bands – a regional band
festival hosted by Supernova. The Canadian Forces Musical Salute also returns.