Everything is wunderbar in Kitchener as the Christkindl Market recreates a Christmas tradition dating back 700 years in Germany.
Since medieval times, towns and cities across Germany come alive with outdoor markets of rustic wooden booths and stalls full of traditional handmade Christmas ornaments, nutcrackers and wooden figurines.
This scene has been recreated now for 18 years, bringing back “the sights, sounds and smells” of an authentic German Christmas market, said president Astrid Braun.
In Kitchener, the oldest and largest German community in Canada, the party takes place outside and inside city hall from Dec. 4 to 7.
The four-day market is enlivened by a cast of folkloric characters highlighted by Christkindl or “Christ Child, the traditional gift-bringer in Germany” and her two angels.
There’s also farmhand Knecht Ruprect, a companion of Saint Nicholas, and Klaus Wehrenberg who plays an original hand-cranked street organ accompanied by his friendly (stuffed) monkey.
Also on Saturday will be an appearance by Haribo Bear (of Gummie Bear fame).
A candlelight procession “led by Mary, Joseph and their stalwart donkey,” takes place  on the evening of Dec. 4 through Victoria Park and along Gaukel Street to City Hall Square.
Along the way, the Grand Philharmonic Choir and many carollers are accompanied by the ringing of church bells.
Members of the community re-enact the nativity scene at an outdoor stable that’s part of  the festival.
Entertainment includes some 27 bands, choirs and dance groups performing on an outdoor stage, ice skating on the city square rink and blacksmiths showing their skills.
The “cute” wooden huts and indoor booths will have some 70 vendors with traditional handmade Christmas ornaments, nutcrackers, wood carved toys, pyramids, figurines, jewelry and clothing.
The scene wouldn’t be complete without the aroma of cinnamon, apple fritters, mulled wine and grilled sausages filling the air.
Vendors are located in huts on the square and inside the rotunda of city hall as well as the second floor.
Returning is the big "G" Scale Garden Railway display by Jenny and Fred Aldred on the first floor in the Conestoga Room.
“The traditions of Christkindl are so memorable for each person,” said  publicist Monica Reid.
“Whether it’s the trains, the apple fritters or the live nativity and hearing all the sounds of Christmas  while enjoying the company of friends and sharing holiday sweets and savories.”

After party
New this year is a Christkindl “After Dark” party on Dec. 5 and 6 from 9 p.m. to 11 p.m.
Presented by the Downtown Kitchener Business Improvement Area, the free event takes place on King Street.
Organizers say it promises “two nights of awesome” with live music, ice-skating, carolling and hot and cold beverages available at the Schnapps bar.
There will also be carriage rides visiting some popular spots in the downtown.

Santa on the rails
All aboard the Port Stanley Terminal Rail’s “Santa Treats” train that chugs through the Elgin County countryside the first three weekends in December.
Enjoy the ride from the warmth of a heated car and “watch the children’s anticipation grow as we near our destination to meet Santa,” said railway president Dan Vernackt.
The will be live entertainment on some trains and included are treats of hot chocolate, apple cider and mince tarts.
The train departs and returns to the station in Port Stanley (309 Bridge St.) next to the King George Lift Bridge.
Fares are $15, adults; $9, children ages two to 14, tax included.
The trips run on Dec. 6, 7, 13, 14, 20 and 21 at 11 a.m., 1 p.m. and 2:30 p.m. Riders should allow 20 minutes to park and obtain tickets. pstr.on.ca; 1-877-244-4478

Jim Fox can be reached at onetanktrips@hotmail.com
For more One-Tank Trips: http://1tanktrips.blogspot.ca
Posted by Jim Fox at 2:24 PM 1 comment:

Dancing with the Stars, ABC’s leading entertainment show, produced by BBC Worldwide Productions, is bringing a one-of-a-kind touring production to Caesars Windsor for an ALL AGES show at 8 pm on Friday, January 23. It is the first Canadian tour stop to be announced! Tickets start at $25 Canadian and go on sale at noon on Friday, November 14.

The exciting finale featured the top three celebrity couples of the season which included previously announced touring dancers Mark Ballas and Valentin Chmerkovskiy and their partners.

TORONTO, ON -- Harbourfront Centre has opened the Natrel Rink for the 2014/2015 skating season and invites visitors to enjoy free public skating on the city's most scenic rink, now through March 2015.

The Natrel Rink is a unique skating destination, nestled in the heart of Harbourfront Centre's 10-acre site.

Throughout the duration of the winter season, Harbourfront Centre's Natrel Rink will host 11 DJ Skate Nights, a New Year's Eve skating party, the HarbourKIDS Skating Festival and Learn to Skate, which are both generously supported by RBC Learn to Play Project. 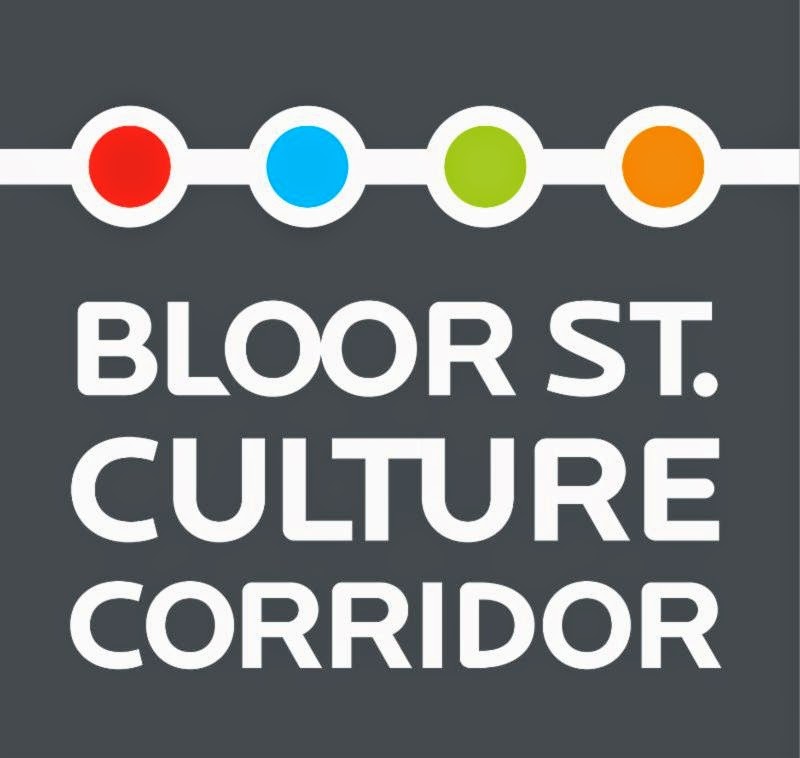 Talisker Player joins thirteen other partners who together form the Bloor St Culture Corridor. All fourteen of the Bloor St. Culture Corridor partners are world-class arts organizations presenting professional arts and cultural events for the public year-round in destination venues - all located within a block of Bloor, along almost exactly one mile (1.6 kms), between Bathurst and Bay Streets.

The Bloor St. Culture Corridor offers a wide variety of arts genres, from museum experiences to films, art exhibitions to music concerts, and it offers opportunities to experience some of Toronto's cultural diversity, including French, Jewish, Italian, Japanese and Aboriginal arts and culture. 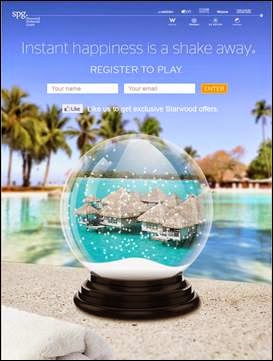 The online sale launched November 24th and runs through December 7th featuring discounts up to 30% off regular room rates at more than 600 hotels and resorts throughout North and Latin America giving guests a great opportunity to book holiday stays, winter getaways and spring breaks. Members of the Starwood Preferred Guest program will enjoy an additional 5% savings when booking through the Cyber Monday sale.

Stratford's all dressed up for the holidays

It’s beginning to look a lot like a “Victorian Christmas” in Stratford.
The “Festival City” invites visitors for holiday shopping, traditions and fun.
“As you stroll snow-dusted streets in our heritage downtown, you will be captured by the beauty of cedar-draped shops tied with big bows as lights twinkle in the windows,” Cathy Rehberg of the Stratford Tourism Alliance said, setting the scene.
The “magic of our Victorian Christmas” includes a wide range of experiences to mark this festive season, she added.
It all begins with Santa arriving during the evening Parade of Lights on Sunday (Nov. 23) with his favourite reindeer, Comet.
The agenda includes carolling at city hall from 4:30 p.m. with free refreshments served by the Optimist Club of Stratford and Tim Hortons.
The one-hour parade moves along Lakeside Drive with the first float arriving at city hall at 5 p.m.
Santa and Comet will also be making public appearances on Nov. 29, Dec. 6 and 13 from noon to 4 p.m. at Memorial Gardens, Ontario and Downie streets.

·       A beautiful package of four Holiday Note Cards featuring "Bob" enjoying the holiday season
·       An invitation to "Parents" Day, a free day at the Zoo for the animal "parent". (Invitation mailed at a later date).
·       Animal fact sheet and Newsletter
·       Animal "parent's" name on our recognition wall
·       Copy of Collections magazine (sent separately)
·       Partial charitable tax receipt (for the buyer of the gift)
PLUS... and this is the best part-
We will include a coupon entering each animal "parent's" name into our draw for a chance to win a
Behind-the-scenes Zoo tour, by limousine golf cart, for 4 guests. Tour will feature a one-on-one with
"Bob" and his zookeeper.
Winner will be notified by e-mail or phone.