There’s something about buying food fresh from the farm, especially from the person who grew it.
This trend is evident in the popularity of farmers’ markets from Kingston’s that opened in 1780 and others that grew as pioneers settled across Ontario.
The number of markets in the province diminished in the 1980s to 60 but there’s a renaissance with three times that number today.
“Local business and community groups in every nook and cranny of Ontario are forming community partnerships with municipal governments and farmers, creating a resurgence in farmers’ markets that would make our ancestors proud,” the industry group Farmers’ Markets Ontario says.
New markets are being established and old ones are being revitalized as people discover a more personal shopping experience.
Read more »
Posted by Jim Fox at 3:02 PM 6 comments:

Oxford Renaissance Festival is back and better than ever

WOODSTOCK, ON -- Huzzah! The Oxford Renaissance Festival is back for its third year at the Woodstock Fairgrounds June 26-28th (2015).

This year, festival organizers plan to bring out the inner medieval warrior in all visitors! With live professional performers, hilarious comedy and a tournament put on by the International Jousting Association, there is something for everyone and not just enthusiasts of the era.
Be treated like royalty while you sample the most exclusive gruit in all the land and enjoy the thrill of a live international jousting competition. Release your inner dragon-slayer and compete for cash prizes in both live steel and boffer tournaments. 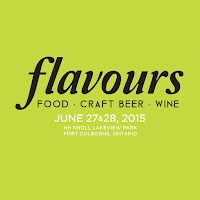 PORT COLBORNE --flavours is back! After a one year hiatus, the City of Port Colborne is bringing their food, craft beer, and wine festival back in a big way.

To be held at HH Knoll Lakeview Park, Port Colborne, Ontario, on June 27 an 28, flavours will feature the best of Niagara’s culinary delights. With 15 unique food vendors, 5 craft breweries, and 5 wineries, flavours has something for everyone.


June 15, 2015, Kleinburg, ON - On June 20, 2015, Journey into Fantasy, in Inuktitut, Ingirrajut Isumaginnguaqtaminnut will open at the McMichael Canadian Art Collection featuring the work of Inuk artist, Pudlo Pudlat (1916-1992).

The exhibition celebrates the one-year mark for the collaboration with York University in the multi-partner project, Mobilizing Inuit Cultural Heritage (MICH). Visitors can also engage with Pudlat's fantastic drawings by playing a fully interactive iPad game within the exhibition space.

In June 2013, the McMichael announced its partnership with MICH, through a $3.5 million grant from the Social Sciences and Humanities Research Council of Canada (SSHRC). As a MICH partner, the McMichael is working to digitize drawings from the Cape Dorset Archive (1959-89), on long-term loan from the West Baffin Eskimo Co-operative in Cape Dorset, Baffin Island.


Windsor, ON – The one, the only, the legendary Diana Ross is performing at Caesars Windsor’s Colosseum on Friday, September 11 at 9 pm. 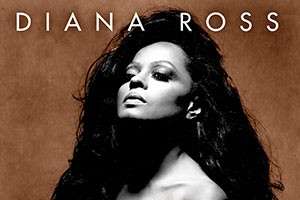 Celebrating a remarkable, award-winning career spanning over 50 years, Ms. Ross is embarking on an incredible national tour - In The Name of Love.

As the leader of The Supremes, one of the most successful female groups of all time, Ross’ vocal genius has earned 14 consecutive number one hit records and 70 hit singles.
Read more »
Posted by Jim Fox at 5:49 PM No comments:


On June 19, 20 & 21, Tillsonburg will be celebrating the fifth annual Tillsonburg Turtlefest, a three day festival that features live turtles, entertainment, games, prizes and much more.

Kicking off with the Friday night block party, visitors can be entertained with live music, a magic show and get to know local businesses and groups as all come out with fun activities to take part in the festival.

On Saturday, families can enjoy turtley fun at an affordable rate all over town including a one-price activities extravaganza at the Memorial Park fairgrounds, free fun at Annandale NHS and much more at Lake Lisgar and the Tillsonburg Station Arts Centre. Finally, on Sunday, dog lovers and athletes alike can relax and watch the Ultimate Air Dogs Show.

TORONTO -- Summerlicious presented by Interac Association and produced by the City of Toronto will run from July 3 to 26.

In celebration of Toronto hosting the Pan Am and Parapan Am Games, Summerlicious will include a culinary event series featuring five mouth-watering events inspired by the culture and flavours of the 41 nations participating in the Games.

Reservations for the prix fixe promotion and tickets sales for the culinary event series begin June 18.

"Summerlicious shines a spotlight on Toronto's diverse and impressive restaurant industry," said Mayor John Tory. "It's the perfect opportunity to experience the best restaurants Toronto has to offer. Local restaurants participating in Summerlicious and Winterlicious have served more than five million meals since 2003. I encourage everyone to enjoy this year's Summerlicious offerings."

Father's Day special at the Little Inn of Bayfield

ORILLIA, ON – A unique, outdoor public art project that features 37 beautiful Door sculptures will be unveiled on June 20 in Downtown Orillia.

‘Downtown Doors’ is the 7th public art exhibit by Streets Alive, a program that displays large scale, one of a kind art works along the Downtown streets each summer. 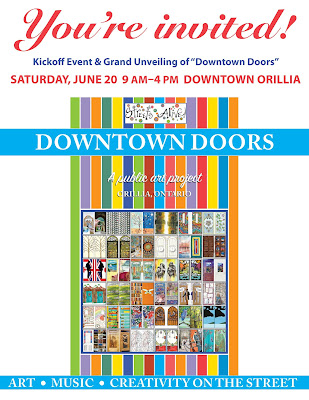 The June 20, kick-off event will allow the public to view the finished Door sculptures for the first time.

Three main blocks of downtown Orillia will be closed to traffic and the artists will be set up beside their pieces to chat with the public about their Doors and the inspiration behind their designs.

In addition to the art on display there will be mini-door painting workshops for kids and live musical entertainment provided.

‘Downtown Doors’ will find homes as free standing sculptures on cement bases, along the 5 blocks of Orillia’s main street to create an art walk for locals, visitors and cottagers.
Read more »
Posted by Jim Fox at 1:23 PM No comments:

TORONTO --Lisa Horner is a multi-talented, award-winning actor who has a resume that reflects her deep roots in the Canadian theatre community.

As of the evening of June 16th, at the first performance of the Canadian premiere production of KINKY BOOTS, in which Lisa performers a variety of roles, she can now add another “first” to her many accomplishments: She now holds the distinction of being the first actor to have performed on all four Mirvish theatres in Toronto. 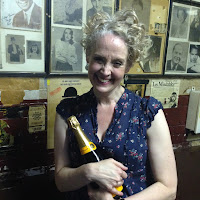 She has previously starred as the title character in MY  MOTHER’S JEWISH LESBIAN WICCAN WEDDING at the Panasonic; as the Wicked Witch of the West in THE WIZARD OF OZ at the Ed Mirvish Theatre, for which she won the Dora Award for Outstanding Performance in a Musical; and as Mme Thénardier in the 25th Anniversary production of LES MISÉRABLES at the Princess of Wales Theatre.

Last night, Lisa was presented with a rare bottle of champagne after the first KINKY BOOTS performance, in the “Old Stage Door” room backstage at the Royal Alexandra Theatre.
Read more »
Posted by Jim Fox at 1:14 PM No comments:

Festivals galore across Ontario including the Top 100

Make this the year to take in some of Ontario’s top festivals.
Across this vast province are some 3,000 festivals and events each year and from that total the Top 100 are determined.
The current list of the best of the best include a “select group” of Festivals and Events of Distinction that “represent some of the most well-known and respected celebrations in the province.”
Submissions from members of the industry group Festivals & Events Ontario were received for consideration and judged by an independent panel.
“Festivals and events of all kinds from every corner of Ontario were represented in the submissions – from community festivals to internationally recognized events,” the Woodstock-based organization said.
The top fests include the Oshawa Peony Festival; Rockhound Gemboree in Bancroft; TD Sunfest: Canada’s Premier Celebration of World Cultures, and Home County Music and Art Festival, both in London; and the Mount Forest Fireworks Festival.
Read more »
Posted by Jim Fox at 3:49 PM No comments:

They’ll be partying on the promenade at the Redpath Waterfront Festival in Toronto while over at Fort York, there’s a powwow going on later this month.
The Waterfront Business Improvement Area invites everyone – including their dogs – for this free party from June 19 to 21.
“This will celebrate the end of construction and the launch of Toronto’s revitalized Queens Quay with parades, entertainment and activities along Queens Quay,” said publicist Peter Ashworth.
The new main waterfront street includes a “spectacular new pedestrian promenade and waterfront connection to the Martin Goodman Trail,” he added.
The celebration kicks off at 6 p.m. on June 19 followed by a parade at 8 p.m. along Queens Quay and an opening celebration in HTO Park East.
The Party on the Promenade continues through the weekend with pop-up entertainment pods of live music and dance, Art on the Water and professional buskers from Bay to Spadina.

Pop culture is about to take over Niagara Falls as “The Hoff” and a star-studded lineup of iconic vehicles highlight Comic Con.
And, for culture of a different kind, there’s Heritage Weekend in Stratford, the Alice Munro Festival of the Short Story in Huron County and doors are opening for sports milestones in Oxford.

Don’t ‘hassel the Hoff’
A headliner at Comic Con Niagara Falls from June 5 to 7 is David Hasselhoff, actor, singer and producer who played Michael Knight in TV’s Knight Rider and Mitch Buchannon in Baywatch.
He will be accompanied by K.I.T.T. (Knight Industries Two Thousand), an “artificially intelligent electronic computer module in the body of a highly advanced, very mobile, robotic 1982 Pontiac Trans Am” featured in the show.
Also look for Dukes of Hazzard pinup queen “Daisy Duke,” played by Catharine Bach with a replica of the iconic General Lee car.
And “holy smokes Batman,” the show includes the 1966 Batcopter and Batcyle from the TV series.
There’s also Mad Max Interceptor, the iconic evil-looking black police car from the Mad Max film series.