The curtain is rising on an epic season for a theatre company with seven stages in scenic, interesting and can we call them “quaint” communities in southern Ontario.
Drayton Entertainment theatres are a perfect one-tank trip to places with wonderful amenities for day-trippers and weekend getaways.
This includes the Festival Theatre in Drayton; Huron Country Playhouse, Grand Bend; King’s Wharf Theatre, Penetanguishene; and the renamed Dunfield Theatre, now known as the Hamilton Family Theatre Cambridge.
There are also the Huron Country Playhouse II, Grand Bend; St. Jacobs Schoolhouse Theatre; and the St. Jacobs Country Playhouse.
“Variety is key next season,” said artistic director Alex Mustakas of the charitable theatre organization’s shows.
“There is something for everyone, from Broadway blockbusters and hilarious comedies to classic musicals and family fun with another beloved Disney classic and our annual holiday panto (pantomime),” he added. 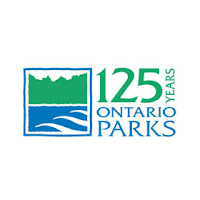 It will be a howling good time as Ontario Parks kicks off its 125th year with a series of fun winter events.

To mark the milestone year, ring in the New Year at Bronte Creek Provincial Park in Oakville.

That’s where a guided Coyote Howl and Kid’s Countdown bonfire will be held and then “start 2018 on the right foot with a #FirstDayHike,” said parks publicist Jeff Brown.

“The concept is simple: visit a provincial park on Jan. 1 for a hike as it’s a fun and healthy way to kick off the New Year,” he added.

Elsewhere, head to Rondeau Provincial Park on Lake Erie for guided owl prowls, suet feeder-making sessions, afternoon movies and park scavenger hunts.
The iconic Algonquin Provincial Park hosts Winter in the Wild on Feb. 17, as one of many Family Day events.
Skate, ski, or snowshoe there and join park rangers at Mew Lake Campground for a bonfire followed by an evening wolf howl.
A gala 125th event will be held next month in Toronto followed later by a celebration at Arrowhead Provincial Park, north of Huntsville.
That’s to coincide with the opening of a four-season, multi-purpose pavilion at the park that added more camp cabins this year.
Read more »
Posted by Jim Fox at 12:57 PM No comments:


Stratford, ON – The tree is up! The lights are up! Christmas ribbons and poinsettia lend a festive air. Stratford’s City Hall looks beautiful for Rant Maggie Rant’s upcoming Frost & Fire: A Christmas Celebration! concert on December 15, 2017 at 8:00 pm.


“Nothing says Christmas like a Celtic-inspired take on traditional Christmas favourites, combined with a foot-stomping, eclectic mix of jigs and reels,” says Glen Dias, the band’s lead vocalist. “Our annual concert has become a gathering place for friends, family and loved ones – a community experience.”

Rant Maggie Rant returns to Stratford City Hall Auditorium where their first ever Frost & Fire show was performed in 2009 and after performing at Knox Church and Revival House for the past three years.

Children can hang out with Mickey and Minnie as well as Big Bird, Bert and Ernie, Oscar the Grouch and Grover as some big shows visit the area.
Just in time for the holidays, Disney On Ice returns with a new Toronto show called Reach for the Stars.
Then in February, “Can You Tell Me How to Get to Sesame Street?”
A new interactive show unfolds with Sesame Street Live! Let’s Party! that’s a big production number based on the popular children’s show.
Things kick off as Mickey and Minnie Mouse and friends come together at the Rogers Centre Dec. 22 to Jan. 1 for 17 performances.
Another Disney ice show, Dream Big, is at Budweiser Gardens in London from Feb. 28 to March 4, while Dare to Dream is at FirstOntario Centre in Hamilton, March 15 to 18.
Mickey, Minnie, Donald Duck and Goofy highlight the Toronto show with its “star-studded talent extravaganza,” said publicist Beth Merrick.
Read more »
Posted by Jim Fox at 12:34 PM No comments:

All decked out for the season


’Tis the season as cities and towns are decking the halls with their holiday finery.
The “Festival City” is aglow as Stratford is helping to celebrate the holidays with its popular Christmas Trail and other special events.
“We’re beginning to look a lot like Christmas as shop keepers dress their windows in fresh cedar garland and twinkling lights tied with big red bows,” said Cathy Rehberg of the Stratford Tourism Alliance.
The Christmas Trail helps to “capture the spirit of giving and the joy of checking off that list,” she added.
Read more »
Posted by Jim Fox at 12:52 PM No comments: