It’s time to plan a road trip to take in the kaleidoscope of fall colours and events that are unsurpassed in Ontario.
This could include visiting one of the oldest fall fairs and experiencing the changing season with a hike through the woods or a last-of-the-season boat ride at a provincial park.
In most places, the colour change is just beginning while “central and northern regions are seeing nice pockets of colour,” said Kevin Forget of Destination Ontario, an agency of the provincial government.
This spectacle that’s not seen in many parts of the world makes the province the “premier destination to witness the annual autumn spectacle of summer leaves changing to rich and vibrant shades of red, orange, and yellow,” he added.
Read more »
Posted by Jim Fox at 12:37 PM No comments:

Calling all 'ghouls' and boys; gore galore -- can you dig it?

If the promise of “nine gruesome and terrifying testing sites” is your kind of fun, then head to Screampark: The Experiment in Kitchener.
The attraction at Bingemans’ park is called “Canada’s scariest haunted attraction” that’s about to get even more terrifying.
“Some people can handle a full evening of continuous horror, look terror in the eye and laugh,” says Mark Bingeman, park president.
“Others need to find the emergency exit as soon as they encounter their first zombie or chainsaw wielding lunatic,” he adds.
The previous haunted-house experiences had “guests” go through multiple haunts with a break in between each house.
Read more »
Posted by Jim Fox at 12:30 PM No comments: 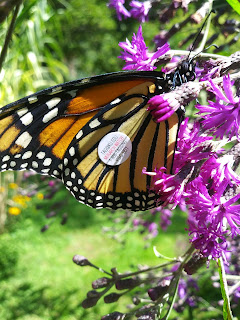 LOGAN, OH – Visitors to southeast Ohio’s Hocking Hills region this month have a one-of-a-kind opportunity for hands-on immersion into the lifecycle of iconic monarch butterflies.

A team of volunteer naturalists is tagging this year’s bumper crop of the insect beauties – almost daily -- at the Hocking Hills Regional Welcome Center, encouraging visitors to take part and experience firsthand the uniqueness of monarch migration. Tagging and releasing the newly emerged monarchs takes place nearly every day (except in the rain), depending on their emergence.

Naturalists, with the help of Hocking Hills visitors, place tiny, numbered sticky dots on Monarch wings before they’re released. They can then be tracked and logged on the Monarchwatch.org website when spotted in other locations. 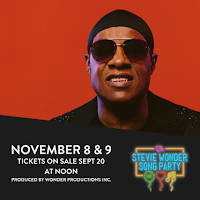 
RAMA, ON (Monday, September 17, 2018) – Singer, songwriter, musician, and producer Stevie Wonder announces “The Stevie Wonder Song Party: A Celebration of Life, Love & Music,” coming to the award-winning Entertainment Centre at Casino Rama Resort for two engagements, Thursday, November 8, 2018 (8PM) and Friday, November 9 (9PM).
Stevie Wonder is one of the most celebrated and prominent figures in popular music who, at the age of 12, was the youngest recording artist to have achieved a #1 single with “Fingertips, Part 2”.

To date he has amassed 49 Top Forty singles, 32 #1 singles and worldwide sales of over 100 million units. Stevie has won 25 Grammy Awards, the prestigious Grammy Lifetime Achievement Award, a Golden Globe and an Academy Award.
As an activist, Stevie also spearheaded the realization of “Martin Luther King Day” as a national holiday. His participation in the “We Are The World” fundraiser for hunger in Africa was a music industry milestone while his involvement to put an end to apartheid in South Africa is legendary. He is the youngest recipient of the Kennedy Center Honors, and is a Commander of France's National Order of Arts and Letters.
Read more »
Posted by Jim Fox at 6:02 PM No comments:

HUNTSVILLE, Ont. -- If you’ve ever dreamed of painting like Tom Thomson, or following in this Canadian icon’s footsteps (or paddle strokes) in his beloved Algonquin Park, then Deerhurst Resort is offering a Fall weekend experience you won’t want to miss.

Just 30 minutes from the park, which is marking its 125th anniversary this year, Deerhurst is located near Huntsville, where Thomson visited during his painting trips to Algonquin.  In fact, his presence is constant in this charming Muskoka town, in the form of a life-size bronze sculpture, complete with canoe and paint box, which sits proudly in front of the town hall.

For the second year in a row, Deerhurst Resort, a Muskoka landmark founded in 1896 that might well have been known to Thomson, has teamed up with its onsite Eclipse Art Gallery to offer a special getaway weekend, “The Spirit of Tom Thomson” during September 21 - 23, 2018 when the fall colours will be well underway. This year’s guide will be local artist and Group of Seven Outdoor Gallery founder, Gerry Lantaigne.
Read more »
Posted by Jim Fox at 10:40 PM No comments:

Visit one of the Top 100 Festivals in Ontario - filled with good food, tons of shopping and on-going entertainment enjoyable for the whole family.
Something "a-peeling" for everyone!

Enjoy a FREE! Community Street Party
Saturday 6 - 10 pm at the Main Stage
(across from the post office)

Nestled centrally to Cambridge, Paris and Brantford, St. George is blessed with apple blossoms in the spring and a fresh crop of apples in the fall. At this time of year our community "comes alive" and hosts a fantastic festival highlighting apples, pies, crafts, artisans, live entertainment, kids' activities and much more.
https://www.stgeorgeapplefest.com/ 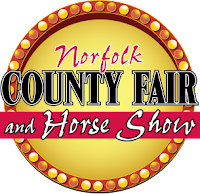 Simcoe, Ontario - the Norfolk County Fair & Horse Show, is thrilled to announce the second concert performance at the Grandstand for this year’s fair.

On Friday, October 5, a triple bill will headline the Canadian Country Smash Up featuring George Canyon, Aaron Pritchett and Emerson Drive on stage. Gates open at 6:30pm. For more than  a decade, Emerson Drive has been a staple in the country music community, known for being a band to crank out the hits, deliver electrifying stage shows and wow audiences all across North America.
During their evolving career, the Canadian band has scored numerous hits such as “I Should Be Sleeping,” “Fall Into Me,” “Last One Standing” and their emotional, chart-topping ballad, “Moments.”
Read more »
Posted by Jim Fox at 3:10 PM No comments:

KITCHENER, Ont. —The number 13 has never been so scary. 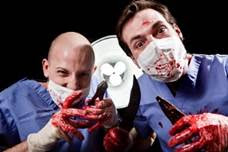 Some people can handle a full evening of continuous horror, look terror in the eye and laugh.

Others need to find the emergency exit as soon as they encounter their first zombie or chainsaw wielding lunatic.

If you’re one of the former, you are going to love what Bingemans has in store for this season’s Screampark attraction.

The Bingemans team has shared their new concepts for Screampark, Canada’s scariest haunted attraction, now in its 13th season.
Read more »
Posted by Jim Fox at 2:30 PM No comments:

Foodland Ontario says “good things grow in Ontario,” and here’s an opportunity to check out that claim.
Upcoming festivals will highlight Niagara grapes, Wellesley apples and cheese and Bala’s cranberry crops.
Savour the best of the Niagara grape-growing region’s fall harvest and tour the wineries with the Discovery Pass program.
It’s part of the Niagara Grape & Wine Festival that’s packed with activities on weekends now through Sept. 30.
The pass is available for $45 ($35 for designated drivers) to explore Niagara on a self-guided tour with a choice of some 40 wineries.
Visitors can enjoy eight wine and culinary pairings as they watch the harvest and “taste the flavours from the abundant produce from local farm stands.”
Read more »
Posted by Jim Fox at 1:20 PM No comments:

I hear you knockin' at Doors Open Waterloo and across Ontario

Knock, knock . . . come on in.
If you want to know more about high-tech start-ups, you’ve come to the right place in Kitchener-Waterloo.
Meanwhile in London, tour the 427 Wing and Spirit of Flight Aviation Museum and the Banting House National Historic Site.
Check out the Farewell House, home to Casa Toscana, built in 1839 in Grimsby, CBC-Radio Canada in Windsor and the Elgin County Railway Museum in St. Thomas.
These and more opportunities are available as Doors Open, the Ontario Heritage Trust popular program, holds its last 19 events for the year through mid-October.
There’s a story behind every door waiting to be discovered at these open houses and tours.
Read more »
Posted by Jim Fox at 1:20 PM No comments: