Up in the sky at two air shows in Tillsonburg

Tillsonburg, ON - The Tillsonburg Regional Airport is pleased to announce not one but two air shows scheduled for August of 2012. 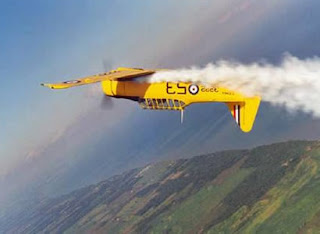 On August 29th 2012, the Tillsonburg Regional Airport is proud to announce that the world famous Snowbirds will be touching down for the first time since 1995.

The Snowbirds will be on display at the airport during the day on August 29 and will be performing their complete aerial display for the crowds in the afternoon. 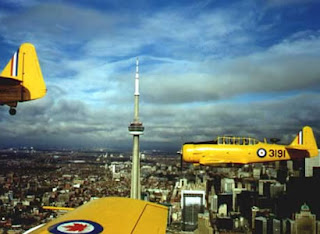 “One of the key objectives in our strategies was to place the airport at the forefront of airport facilities in the province. These exciting events are evidence that our efforts are working and we look forward to hosting this special event”, says Mayor John Lessif.

“The Town of Tillsonburg officially welcomes all of the participants for both of these occasions. Our new airport facilities have provided us with the ability to host such significant events. This is a great opportunity to show off the wonderful asset that our airport has developed into”, said CAO Kelley Coulter. 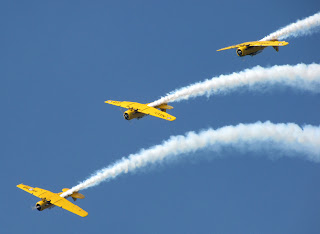 “The Tillsonburg Regional Airport has undergone some exciting changes over the last couple of years as we work toward establishing ourselves as a major player in the recreational and vintage aviation field. The fact that these performers have chosen Tillsonburg to perform at is a sign that we are succeeding with our goals and is a wonderful opportunity for us to show off our facility, while providing some world class entertainment to our guests”, said Airport Administrator Annette Murray.

Officially known as the Royal Canadian Air Force's 431 Air Demonstration Squadron, the Snowbirds are Canada's military aerobatics or air show flight demonstration team whose purpose is to "demonstrate the skill, professionalism, and teamwork of Canadian Forces personnel". The squadron is based at CFB Moose Jaw, near Moose Jaw, Saskatchewan. The Snowbirds are the first Canadian air demonstration team to be designated as a squadron.
The show team flies 11 CT-114 Tutors—nine for aerobatic performances, including two solo aircraft, and two as spares, flown by the team coordinators. Approximately 80 Canadian Forces personnel work with the squadron full-time; 24 personnel are in the show team that travels during the show season. The Snowbirds are the only major military aerobatics team that operates without a support aircraft.

About the Tillsonburg Regional Airport:

Originally constructed to support flight training by the Royal Canadian Air Force during WWII, the airport is building on its heritage to position itself as Canada’s Vintage Airport. The TRA vision is to make the airport a one stop-shop for General Aviation as well as all things vintage. With recent improvements, the airport boosts one of the longest Municipal runways in Southern Ontario along with a new terminal building and Cafe. The Tillsonburg airport is also home to the Tillsonburg Flying School and the Canadian Harvard Aircraft Association.

The Town of Tillsonburg is a progressive and growing town of 16,000 persons.  Tillsonburg is strategically located in the centre of Ontario’s agriculture and manufacturing heartland with easy access to Highway 401, Canada’s Trade Corridor, and offers some of the lowest development and operating costs in Ontario.