They say that “everyone loves a parade” and this one marking the U.S. Thanksgiving next Thursday in Detroit is certainly no exception.
It’s been around for 90 years and recognized as one of the best parades in the country.
The storied spectacle attracts hundreds of thousands of spectators and is also shown on TV in more than 170 U.S. cities.
It offers a “star-studded celebrity line-up for this major milestone year,” said Tony Michaels, president and ceo of the Parade Company.
It moves off at 8:50 a.m. at Kirby and Woodward with “larger-than-life floats, colourful helium-filled balloons, thunderous marching bands and exciting specialty acts.”

No matter how you slice it
All that marching and parade-watching helps to work up a big appetite and Buddy’s Pizza is another Detroit iconic business popular with the masses.
It’s been 70 years since Concietta “Connie” Piccinato and Gus Guerra baked the first Detroit-style square pizza in the ovens at Buddy’s Rendezvous Pizzeria on the corner of Six Mile and Conant streets.
The birthplace of one of the Motor City’s most iconic dishes remains open today and continues to serve up the original recipe, attracting hungry locals and visitors from afar including Ontario.
There’s the original square Sicilian-style pizza, made-from-scratch soups and iconic antipasto salad, prepared as they were in 1946.
The menu features pizzas named after the Great Lakes, with Ontario being Motor City cheese blend, cilantro, Canadian bacon, grilled pineapple and Buddy’s BBQ sauce.
The Motor City Pizza Collection has the Detroit Zoo with cheese blend, roasted tomatoes, basil, pine nuts and tomato basil sauce, and the Motown has cheese blend, Old World pepperoni and bacon.
Now with 11 locations, Buddy’s is consistently voted the number one pizza locally, regionally and nationally as it “remains true to its Detroit roots, legacy and traditions,” said Wes Pikula, vice-president of operations. buddyspizza.com

Attention shoppers
No visit to Michigan is complete without some shopping.
Two of the haunts that Amy Grundman of Taubman says “welcome a fair amount of Canadian shoppers” are Great Lakes Crossing Outlets in Auburn Hills and Twelve Oaks Mall in Novi. 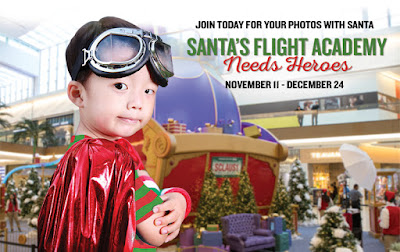 Both have a new holiday experience called Santa’s Flight Academy” with great photo opportunities for a fee.
This combines a “giant reimagination” of the North Pole with state-of-the-art technology to enable children to become a member of Santa’s flight crew while partnering with an elf.
Also at Great Lakes is the Sea Life Michigan Aquarium offering an “awe-inspiring, educational journey” through the underwater world.
There are some 5,000 creatures such as sharks, stingrays, jellyfish, eels, sea horses, tropical fish, octopus and fish native to the Great Lakes and surrounding waterways. visitsealife.com/michigan
The Passport to Shopping discount booklet is available at Great Lakes, with 185 outlets and specialty stores, for visitors from at least 80 kms away, available at Guest Services.
For info and Black Friday deals: greatlakescrossingoutlets.com; shoptwelveoaks.com
The Metro Detroit Convention & Visitors Bureau also offers the “D Discount Pass,” good for deals on attraction admissions: visitdetroit.com/discount; 1-800-DETROIT (338-7648).

Jim Fox can be reached at onetanktrips@hotmail.com
For more One-Tank Trips: http://1tanktrips.blogspot.ca
Posted by Jim Fox at 10:17 AM