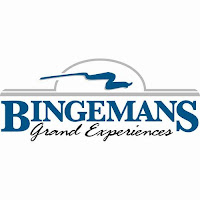 
As a special offering to the greater Waterloo Region, special arrangements have been made to have the Waterloo Festbier available at local LCBO stores for a limited seasonal offering.

Bingemans is also giving festival-goers a chance to pick two local craft beers that will be poured at the Kool Haus festhalle. Visitors to bingemans.com/Oktoberfest can vote for their two favourite craft beers from a vast selection of local brews. The two with the highest votes will be featured at this year’s Bingemans Oktoberfest festivities.

“Waterloo has a long and proud tradition of crafting exceptional local, small batch beers,” says Bingeman. “We are proud supporters of local breweries, and are excited to have Waterloo Brewing as part of the Kool Haus festhalle.”

More great announcements and special offerings will be rolling out over the next several weeks to round out the Kool Haus Oktoberfest experience, offering the best of Munich and the greater Waterloo Region.

About Bingemans:
Waterloo Region’s leader in entertainment and hospitality, Bingemans is a multi-use amusement park, campground, conference and event centre and catering service located in Kitchener, Ont. With a heated wave pool, Spray “n” Play for kids and huge waterslides, Big Splash Waterpark is a great spot to cool down in summer’s heat. Explore FunworX all year long, a three-level indoor playground for children of all ages, boasting an arcade, climbing wall, ropes course and more.