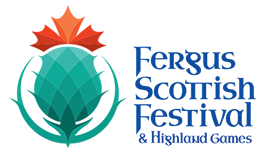 
ELORA, Ont. (July 9, 2018) –  Three festivals with very different types of entertainment will draw thousands of visitors to one of Southwest Ontario’s most scenic destinations this summer.
Beautiful Elora and Fergus — two distinct, neighbouring towns on the spectacular Grand River and less than a 90-minute drive from the GTA — will serve as the backdrop for Elora Festival, Riverfest Elora and the Fergus Scottish Festival and Highland Games in July and August.
Elora Festival, July 13-29, 2018
The internationally renowned Elora Festival returns for its 39th season from July 13-29, 2018, delivering a star-packed line-up of 25 performances over three weeks by some of the best vocal, choral and chamber music artists in the world. The festival, which takes place in three intimate venues in the picturesque heritage town of Elora, typically draws an overall audience of 8,000 music lovers.
A few highlights of this summer’s festival program include concerts by acclaimed Canadian tenor Ben Heppner performing gospel music with the Toronto Mass Choir, renowned musical theatre performer Louise Pitre sings the songs of Judy Garland and Juno award-winning Canadian singer songwriter Chantal Kreviazuk makes her debut at the festival.

The Elora Singers – the choir in residence at the festival and a perennial audience favourite – will sing in about half of the performances over the three weeks, both by themselves and collaborating with other artists. The all-professional, Grammy and JUNO-nominated chamber choir is renowned for its versatility, performing a mix of styles, including classical, jazz and pop, with a heavy emphasis on Canadian music.
In addition to introducing its new artistic director, Mark Vuorinen, this year’s festival also features exciting new additions, such as:
·         A Family Series of three concerts for audiences of all ages, including free pre-concert art activities; and
·         Two concerts where the singers themselves play the role of artistic director and present their own take on the material, including Lesley Bouza performing Joni Mitchell songs and The Elora Singers giving an unplugged performance of Broadway show tunes.
“The Elora Festival is proud to be nestled in this beautiful, cultural destination. We are unique among North American music festivals by having a resident professional choir, The Elora Singers. From the spectacular Opening Night gala concert with huge chorus and orchestra to Chantal Kreviazuk, our Artistic Director, Mark Vuorinen, is establishing a new standard for diverse, world-class festivals,” says Chris Sharpe, General Manager, Elora Festival & Singers.
For more information about Elora Festival and tickets, visit www.elorafestival.ca.


Riverfest Elora, August 17-19, 2018
The 10th annual Riverfest Elora takes place from August 17-19, 2018, featuring three days of music, art, food trucks, arts and craft vendors and community celebrations along the banks of the Grand River in Bissell Park in downtown Elora. The festival draws roughly 6,000 visitors per day.
Riverfest has earned a reputation with music lovers over the years for organizing an eclectic mix of indie rock, pop, hip hop and electronic artists. This summer’s line-up features 58 bands, including well-known names like The Flaming Lips, Carly Rae Jepson, Blue Rodeo and July Talk, as well as a strong contingent of local artists.
Tickets are available for single days or the full three-day weekend. While many festival-goers opt to camp, there are also numerous accommodation options in Elora and Fergus, ranging from hotels and spas, to quaint inns and B&Bs. Camping for the festival weekend at nearby Elora Gorge Conservation Area is already sold out, but organizers have opened overflow camping close to Bissell Park at Grand River Raceway. Spots for campers are also available at nearby Guelph Lake Conservation Area. The festival operates shuttle buses between the camping sites and Bissell Park.
Riverfest has pledged its support to the international Keychange campaign, through which festival organizers around the world invest in emerging female talent and commit to maintaining a 50:50 gender balance by 2022. Riverfest is proud to have already hit that marker this year, with 55% female-led acts.
“When taking into account the Riverfest performer lineup, we like to say that if you put all of the artists’ songs into a giant playlist, you could hit shuffle and never have to skip a song. We have everything from punk to folk to hip hop, but it all fits together like a beautiful and crazy puzzle,” says Spencer Shewen, Artistic Director and Festival Manager, Riverfest.
For more information about Riverfest Elora, visit www.riverfestelora.com.
-30-
Posted by Jim Fox at 1:15 PM