Detroit auto show gears up for switch to June; Dancing in the streets for Motown's 60th anniversary

The wheels are in motion as the North American International Auto Show (NAIAS) in Detroit rolls out in June next year from the dead of winter in January.
“Moving the show to June opens up a whole new world of possibilities to explore both the show and beautiful downtown,” organizers say.

With more to experience, it will be “an event like the automotive world has never seen before.”
As a teaser, they say “witnessing the premiere of a newly designed vehicle is one thing but the opportunity to take it for a spin is another.”
The nine-day show attracts about 800,000 people to view “world-wide vehicle reveals “and some 750 vehicles over nine days at the Cobo Center.
Detroit’s “party of the year,” the Auto Show Gala Charity Preview also faces a “transformation with an evolution of its own.”
A bid to introduce “more swagger and creative black tie” could mark an end to the glam experience.
With summertime temperatures, more daylight and an expanded auto show campus – including Cobo and Hart Plaza – organizers they are looking at options for gala event on June 12.
These include adding “various levels of involvement to welcome new generations to the preview,” said NAIAS executive director Rod Alberts.


The gala, considered the largest annual single-night fundraiser in the world with tickets at $400 US and attracting 17,000 people,  there will be multiple entertainment stages and a variety of music.
“The jury is still out on the dress code,” said chairman Doug North, adding “we are leaning away from absolute traditional black tie – so expect a little more swagger which means maybe a creative black-tie event theme or summer chic look.”
The show runs from June 13 to 20. https://naias.com; Detroit Metro Convention and Visitors Bureau: visitdetroit.com; 1-800-DETROIT.

Dancing in the streets
Celebrations are underway to mark hometown Motown record label’s 60th anniversary in Detroit.
Founder Berry Gordy Jr. has announced a $4-million US contribution toward a $50-million expansion of the Motown Museum (2648 W. Grand Blvd).
Known as Hitsville U.S.A., the Detroit houses where he built the music empire attracts thousands of visitors annually.
Celebrations from Sept. 21 to 23 begin with a Motown Gospel Concert “paying tribute to the record label’s gospel roots.”
There’s an evening of musical tributes and awards on Sept. 22 at the Fisher Music Center with Berry and Motown alumni.
They include the Temptations, Four Tops, Mary Wilson and Martha Reeves with later stars such as Ne-Yo and Big Sean paying tribute.
There’s also a Soul in One celebrity golf classic. motownmuseum.org; (313) 875-2264

Fox trots
- Happening now (Sept. 14) is the Canadian Harvard Aircraft Association’s Wings & Wheels Family Fun Day at the Tillsonburg Regional Airport.
On until 4 p.m., there are vintage Harvards and visiting aircraft, classic cars, trucks and motorcycles from the Bygone Iron Car Club and Tillsonburg Cruisers. harvards.com
- Parades highlight the Niagara Grape & Wine Festival in St. Catharines. There’s the Pied Piper Parade, with kids invited to join in from 11 a.m.  on Sept. 21 at Montebello Park (Lake and Queen streets). The Meridian Grande Parade in the downtown is at 11 a.m. on Sept. 28. niagarawinefestival.com
- Save room for the Great Canadian Butter Tart  Fest on Sept. 21 in Paris, near Brantford, at the fairgrounds (139 Silver St.) allcanadianevents.com 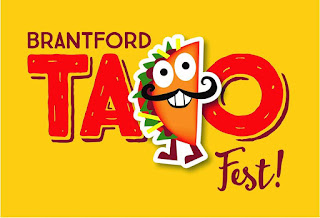