UPDATE: Canada’s Wonderland is reopening on July 5 for Season Passholders and July 7 for All Guests - Tickets & Reservations Available Now

Learn more about our park safety protocols and reservation requirements, and buy your tickets now. All the details are here at these links:

It’s ironic that Walt Disney – the mastermind behind Mickey Mouse — was afraid of mice.

They’ll be blowing out the candles on Oct. 1 to mark 50 years since the opening of Walt Disney World in Florida.

There will also be theme park memories for the 40th anniversary of Canada’s Wonderland, in Vaughan, north of Toronto, on May 31.

Walt closely supervised the development of Disneyland in California in1955 while his brother Roy took over to complete Walt Disney World as a tribute to Walt after his death in 1966.

The dream was to create an innovative “destination resort” that would appeal to all ages.

Soon after it opened, my wife Barbara and I honeymooned in Florida to see what all the hype was about.

We were dazzled by this it’s-not-your-Coney Island-style amusement park beyond the Mad Tea Party giant spinning cups’ ride and the Jungle Cruise.

It wasn’t pricey then with general admission at $3.50 and for us almost adults $5.75for admission, 11 park adventures and monorail rides and all transportation.

The opening featured the Magic Kingdom park and the Contemporary Resort, Polynesian Village and Fort Wilderness Resort and Campground as well as two golf courses.

Within the kingdom were Fantasy, Tomorrow, Frontier and Adventure l ands along with Liberty Square and Main Street businesses and souvenir outlets.

Legendary attractions include “It’s a Small World” where boats cruise past a “jubilant chorus” of life-sized costumed child dolls from around the globe. 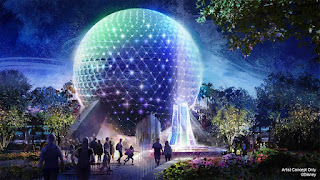 Its pavilions highlight the customs and food of 11 countries including Canada.

Disney liked to say it’s “the happiest place on earth,” and, yes kids, you can bring your parents.

To find out more: disneyworld.disney.go.com/en_CA

Now marking its 40th anniversary, there were 30 rides that first year and it remains Canada’s largest theme park.

It now has 17 coasters, making it one of the top three destinations of its kind in the world.

Minebuster was one of three wooden coasters and remained in service for 29 years.

It was modelled after Shooting Star, a coaster at the smaller Coney Island amusement park in Cincinnati. 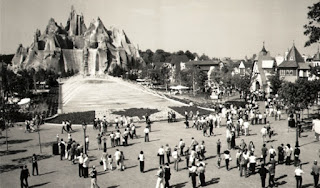 Crowds turned out on the 1981 opening day at Canada's Wonderland.

For kids, there was Happy Land of Hanna-Barbera and the tamer Ghoster Coaster, a junior wooden ride, and now there’s Planet Snoopy and KidZville.

Its star attraction is Yukon Striker, featuring a 90-degree drop into an underwater tunnel and called the world’s longest, tallest and fastest dive coaster at 130km/h.

The park now has more than 200 attractions including 77 rides and Splash Works. canadaswonderland.com

It’s tough to plan a celebration when you’re stuck in the middle of a pandemic.

But the shows must go on and if not there in person, Walt Disney World and Canada’s Wonderland have numerous virtual visits and videos online on YouTube and elsewhere of events in their parks.

There are also numerous roller coaster videos on social media as the white-knuckle thrill seekers wait to get back into the parks.

Disney’s event is called the “World’s Most Magical Celebration,” and runs for 18 months. 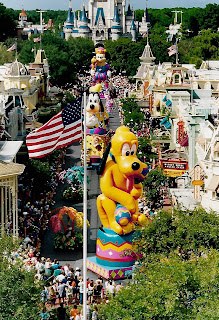 For the 20th anniversary, there was a carnival of Disney characters at a street party.

Events named so far include Cinderella’s Castle decorated with ornaments, a special anniversary crest and gold bunting. At night, the castle will appear to be covered in pixie dust.

Each park icon will become a “Beacon of Magic” as they receive a new look via projection technology for the occasion.

At night, the Tree of Life will appear to be covered with glimmering fireflies and “special new touches” will come to Hollywood Studios’ Tower of Terror.

EPCOT will have new lights that will shine across the reflective panels of Spaceship Earth, “connecting to one another in a symbol of optimism resembling stars in a nighttime sky.” The iconic structure’s permanent new lighting will continue beyond the celebration as a defining feature of the park.

The super-fast and scary Yukon Striker brought the latest in coaster thrills to Wonderland.

Canada’s Wonderland had wanted to mark the anniversary with a new attraction, Mountain Bay Cliffs, where visitors can experience the exhilaration of cliff jumping from a variety of heights into the water below.

There was also to be the Beagle Brigade Airfield, a plane ride for kids, but no further special events have been announced.

Jim Fox can be reached at onetanktrips@hotmail.com