Shrine Circus is coming to town

One-Tank Trip column for June 11/12
(c) By Jim Fox
Ladies and gentlemen, children of all ages, the big show is about to begin.
Be dazzled by the biggest, most spectacular and amazing acts yet to be seen under the big top.
Yes, the circus is coming to town so come on out and clown around and be mesmerized by these amazing feats of daring.
The annual Shrine Circus brings with it a cast of acrobats, aerial artists, animal trainers, clowns, the bellowing and entertaining ringmaster and other performers. 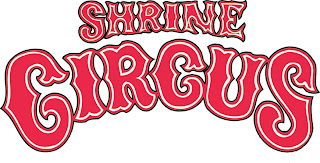 Big top entertainment comes to the Woodstock’s Southwood Arena on June 20; the Waterloo Memorial Recreation Complex on June 21; and Western Fair in London on June 22, all for two shows at 4 p.m. and 7:30 p.m.
Other stops include Owen Sound on Tuesday (June 14); Newmarket, Wednesday (June 15); Cambridge, June 17-19; Toronto, June 24-26 as well as various later dates; Mississauga, June 30-July 3; Sarnia, July 5; and Windsor, July 6.
It travels to other cities in Ontario including St. Catharines, Belleville, Peterborough, Brampton, Hamilton, Oshawa, Vaughan/Richmond Hill/Aurora, Kingston, Ottawa, Petawawa, Brockville and Cornwall on Aug. 10 before heading into Quebec.
A really big show
There’s really nothing like experiencing a circus, said Henning Grumme of the Waterloo County Shrine Club.
“It’s all about the kids and it’s important for us to raise money to send children needing specialized spinal and burn treatment to hospitals in Montreal and Erie, Pennsylvania,” he said.
The Shriners are well known for their humanitarian work and its official philanthropy is to aid children's hospitals.
The circus stop in Waterloo is expected to attract 4,000 people, with tickets in all locations selling for $20 while the Shriners give away many free to make sure children in need can attend, Grumme said.
Ladies and gentlemen . . .
The two-hour show is about to begin when ringmaster Devin Chandler introduces the “marathon of muscular miracles” with the high-energy performance of the Gonzales family.
This is followed by the “electrifying acrobatics” of Jose Valeiras and then a circus tradition, the Liberty Horses with performer Erika Zerbini.
Look high up in the big top for the “astounding aerial artistry” on the Roman rings of Guillermina along with a “stirring display of precision and daring” by the Valeiras family.
The show then goes to the dogs with “Cascades of Canine Confusion” in all shapes and sizes along with Stefany and Vincente.
Piolita, the clown, provides a comedy break with “tricksters of tomfoolery,” while Joseph Bauer performs a “spell-binding stratospheric sensation” on his original wheel of thrills.
After intermission, the Western Cowboys, highlighting Ariel Valeiras, will dazzle with “whirling whips and looping lassos” followed by Piolita’s joking again.
Don Otto, also known as “America’s number one high-diving fool” will be there with his “hilarious bouncing antics.”
The “ponderous performing pachyderms” are a highlight at all circuses as Tarzan Zerbini and the elephants take centre stage.
Things wind up with the “electrifying acrobatics” of the Kenya Wizards spinning and cart wheeling and doing “astounding pyramids.”
Since 1906
The fabled circus started in 1906 in Detroit to aid the work of the Shriners and appears in cities across southern Ontario over the next two months.
It travels to about 40 Canadian and 120 U.S. cities a year
The circus was originally a one-ring affair but by 1925 it had grown to three rings and the Detroit event is still the largest.
Over the years, many circus stars have appeared in the Shrine Circus including Clyde Beatty, the Flying Wallendas, Emmett Kelly, the Flying Concellos, the Hannefords and the Zacchinis.
---
If you go:
To check on the cities and locations for the Shriner’s Circus, go to www.shrinecircus.ca
Regular tickets are $20, tax included, while admission is free to children to age three.    There’s an on-line offer for a free ticket with each one bought.
-30-
Jim Fox can be reached at onetanktrips@hotmail.com
Posted by Jim Fox at 4:37 PM