Disney Live! and Disney On Ice; hooting owls and a St. Paddy's Rant

The Disney characters are partying across Canada with performances on stage and on the ice.
And, owls are a hoot to watch in Niagara Region and there’s a “rant” planned for St. Patrick’s Day events.

Rock on
Disney Live! Mickey’s Rockin’ Road Show is touring Canada, touching down in Windsor, London, Hamilton and Toronto, among other cities.
As well, the Disney gang will mark March break with Disney On Ice performances in Hamilton and Toronto.
After launching in Vancouver, the Feld Entertainment production has the road show gang heading east on its “hilarious talent search.”
“Whether live on the ice or live on stage, both Disney On Ice and Disney Live! offer fun-filled family entertainment featuring many of the favourite Disney friends,” said publicist Beth Merrick.
Mickey, Minnie, Donald and Goofy set out on a zany road trip where audiences join in and help find the coolest acts around.
“Hit a high note with Cinderella; get your bounce on with Tigger; and shout out your loudest ‘yee-haw’ at a hoedown with Woody, Jessie and Buzz Lightyear from Disney Pixar’s Toy Story.”
Ontario stops are Windsor’s WFCU Centre, March 7, 8; Ottawa’s National Arts Centre, March 9; Oshawa’s GM Centre, March 15; London’s Budweiser Gardens, March 16; Hamilton’s FirstOntario Centre, March 20; Toronto’s Sony Centre, March 21 to 23; and Rogers K-Rock Centre, Kingston on April 5. Details, tickets: disneylive.ca

Skate on
Disney On Ice presents two shows: Princesses & Heroes! in Hamilton and Let’s Party! in Toronto.
Ariel, Belle, Cinderella, Rapunzel, Tiana, Jasmine, Aurora and Snow White make their wishes come true with celebrated tales told through artistic skating and acrobatics.
There are nine performances from March 13 to 16 at FirstOntario Centre (formerly Copps Coliseum) in Hamilton.
With the help of the magical pixie Tinker Bell, the Disney princesses embark on an adventure where Jasmine discovers a whole new world with Aladdin.
Prince Philip defeats the evil fire-breathing dragon Maleficent in a race to save his true love Aurora.
Prince Eric breaks Ursula’s spell so that Ariel can remain part of his world and Rapunzel, Tiana, Cinderella, Belle and Snow White also find happiness.
There’s a party on the ice at the Rogers Centre, Toronto, from March 12 to 16 for nine performances.
This features a winter wonderland with Mickey and Minnie, Halloween haunt with the Disney villains, Hawaiian luau with Lilo and Stitch, Royal Ball with the Disney princesses and a Very Merry Unbirthday Party.
The show features some 50 characters from 16 Disney stories including Tiana from the Princess and the Frog. Details and tickets: disneyonice.com; ticketmaster.ca, 1-855- 985-5000.

Woo’s there?
Join an Owl Prowl across the Niagara Peninsula on March 9 from 9 a.m. to 3:30 p.m. hosted by Carla Carlson of Niagara Nature Tours.
Jean Hampson and Bob Highcock of St. Catharines have been out “searching woodlands and country roadsides for owls” in advance of the fieldtrip, Carlson said.
Birder Marcie Jacklin will lead the group through the forests, parks and byways discussing the creatures.
“We are hoping to see a number of species including Eastern Screech, Great Horned and Snowy owls,” Carlson said.
March is a good time of year to see them as the leaves are off the tree and the birds are out flying and hunting, with some sitting in nest boxes, she added.
Transportation is by motorcoach and includes lunch at a Port Colborne restaurant.
The tour cost is $97; $42 for ages two to 12. niagaranaturetours.ca; 1-888-889-8296

We have 10 seats left for this Sunday March 9 and have hired Skyhunters to meet us with their European Barn Owl (for the 10 lucky people that won the draws to allow them to have this experience), a Great Horned Owl and a Snowy Owl. For a close look at their beauty and a wonderful photography opportunity. 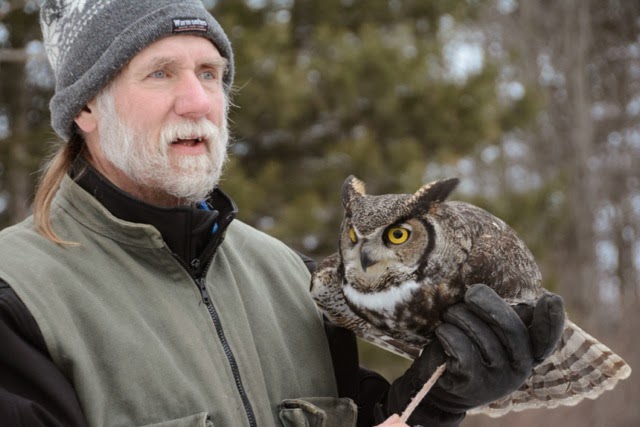 Last Sat. we also saw a good view of a Great Horned on her nest, a yawning Eastern Screech Owl, 6 Snowies, a coyote and a Long-eared Owl!
https://www.facebook.com/events/505456232902239/?ref=2&ref_dashboard_filter=upcoming is the facebook link for lots of information and beautiful photos.

I've made a special for my B&B in the middle of The Owl Foundation for the March 9th Owl Prowl.  Pay for one night and the 2nd night 1/2 price.

Carla Carlson
Enjoying Niagara
905-562-3746
Niagara Nature Tours
"Wine, Garden, History, Agriculture & Nature Tours based on the geology of the Niagara Peninsula."
www.niagaranaturetours.ca
Bonnybank Bed and Breakfast on the banks of the Twenty Mile Creek
www.bbcanada.com/bonnybank
http://carlacarlson.ca/ntw.htm
to read Carla's nature column(s)
Irish rants
They’re rolling out the green carpet for a St. Patrick’s Day Celebration Concert with Rant Maggie Rant in Toronto.
It happens at Hugh’s Room (2261 Dundas St. W.) on March 15, starting at 8:30 p.m.
“This is the perfect opportunity for revellers of Irish heritage and the Irish at heart to enjoy a not-to-be-missed evening by a band that likes to mischievously colour outside the prescribed lines of Celtic music,” said publicist Mary-Lou Schagena.
The core band is the Stratford-based trio Lindsay Schindler (fiddle, background vocals), Glen Dias (lead vocals, recorders, percussion) and Barry James Payne (guitars, harmonica, background vocals).
Tickets are $25 in advance; $27.50 at the door. rantmaggierant.com; (416) 531-6604

Jim Fox can be reached at onetanktrips@hotmail.com
For more One-Tank Trips: http://1tanktrips.blogspot.ca
Posted by Jim Fox at 5:42 PM