The curtain is rising on holiday shows including Cinderella, Disney-On-Ice, White Christmas, Aladdin, the Nutcracker, Casa Loma magic and Peter Pan.
Rodgers and Hammerstein’s Cinderella, the award-winning Broadway musical, offers a contemporary take on the classic tale.
This “lush production” at the Ed Mirvish Theatre (244 Victoria St.) in Toronto now through Jan. 10 features the pumpkin, glass slipper, masked ball and “some surprising new twists.”
Publicists call it a “hilarious and romantic Broadway experience,” with an orchestra performing the show’s classic music.
The Phantom of the Opera is at Mirvish’s Princess of Wales Theatre (300 King St. W.) now through Jan. 23.
This is Cameron Mackintosh’s new production of Andrew Lloyd Webber’s musical success on a new North American tour.
Called “bigger and better than ever before,” it has new special effects, scenic and lighting designs, staging and choreography. Details: mirvish.com; 1-800-461-3333

Holiday on ice
Disney On Ice presents Dare to Dream, bringing Disney’s princess stories and fairy tales to the ice in Feld Entertainment’s production at Toronto’s Rogers Centre from Dec. 18 to 27. 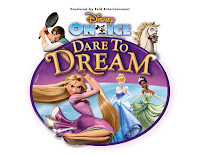 The ice spectacular featuring scenes from Tangled, Snow White and the Seven Dwarfs, Cinderella and the Princess and the Frog, has 17 performances.


The show will be at London’s Budweiser Gardens from March 9 to 13 and Hamilton’s FirstOntario Centre, March 17 to 20.
“Laugh at Disney’s hilarious hair-raising escapade, Tangled, as Rapunzel, her unlikely companion, Flynn and Maximus, the captain of the guard’s determined horse, embark on an uproarious journey,” said publicist Beth Merrick.

Then the audience travels to the enchanted forest with Snow White and the Seven Dwarfs, Cinderella meets her Prince Charming, and there’s a musical journey with the Princess and the Frog with Princess Tiana and Prince Naveen. disneyonice.ca; ticketmaster.ca; 1-855-985-5000

Christmas classics
Drayton Entertainment presents holiday favourites including Irving Berlin’s White Christmas now through Dec. 20 at the Dunfield Theatre in Cambridge.
The beloved film starring Bing Crosby comes to life in a lavish spectacle as two showbiz buddies try to help their old Army general, now a struggling innkeeper in Vermont, save his establishment and lift his holiday spirits.
Music includes Irving Berlin’s White Christmas, Happy Holidays, Blue Skies and Sisters.
The theatre company also presents Aladdin: The Panto through Dec. 27 at the St. Jacobs Country Playhouse, north of Kitchener-Waterloo.
Aladdin brims with music, mystery and romance in this tale with a “yuletide spin” in the land of the Arabian Nights about a commoner who falls in love with a beautiful princess. draytonentertainment.com; 1-855-372-9866

Holiday treats
The National Ballet of Canada’s opulent, comical and spellbinding Nutcracker has been a holiday favourite for 20 years.
James Kudelka’s re-imagining of the evergreen Christmas classic is on through Jan. 3 at the Four Seasons Centre for the Performing Arts (145 Queen St. W.) Toronto.
“It is a refreshingly traditional version of the story, replete with the details of childhood dreams and the appeal of fantasy,” Tourism Toronto says.
It is a “pure pleasure to experience, both for children and adults” as it bursts with humour, surprise, emotion and brilliant choreography.” national.ballet.ca; 1-866-345-9595
Ross Petty Productions is marking its 20th anniversary at Toronto’s Elgin Theatre (189 Yonge St.) with a “high-flying new version” of Peter Pan.

On through Jan. 3, this mark’s Petty’s farewell performance as an actor on the Elgin stage. rosspetty.com/about-us/the-elgin-theatre; Ticketmaster, 1-855-622-2787
There’s holiday magic at Toronto’s castle, Casa Loma (1 Austin Terrace), with “30-minute spectacles of illusions and wonder.”
Two new magic shows have been created by illusionist entertainers Prof. Wick and the duo Incredibrent and Super Sarah.
While there, children can also visit with Santa in his castle workshop and take part in a scavenger hunt and other activities. Magical Winterland Nights also happen on Wednesdays this month. casaloma.ca; (416) 923-1171
Stanley’s Game Seven, billed as hockey’s first 3-D film, is playing at the Hockey Hall of Fame (30 Yonge St.) in Toronto.
The 22-minute flick “combines a stunning mix of original live action, computer generated 3-D animation and classic archival footage of some of the most renowned playoff moments in Stanley Cup history.” hhof.com; (416) 360-7735

Jim Fox can be reached at onetanktrips@hotmail.com
For more One-Tank Trips: http://1tanktrips.blogspot.ca
Posted by Jim Fox at 1:07 PM