TORONTO - Legendary supergroup, KC and The Sunshine Band will kickoff the festivities with a free concert when the TD Toronto Jazz Festival launches its 30th edition on Friday, June 24 at Nathan Phillips Square. With official DJ and hosting duties by Canada's hip-hop ambassador Kardinal Offishall, opening night will also feature the Heavyweights Brass Band and a special performance that will have a Swing vs. Street dance-off like Toronto has never seen before!

With a string of feel-good hits including "That's the Way (I Like It)," "(Shake, Shake, Shake) Shake Your Booty," "Get Down Tonight" and "Boogie Shoes," KC and The Sunshine Band helped define the dance music era during the 70s. 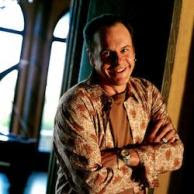 Remaining wildly popular for the last 40 years, they have sold over 100 million records worldwide, won three Grammy Awards and have had their music featured in over 200 major motion picture soundtracks.

Passionately repping Toronto and bringing it to the mainstream masses since the late 1990s and early 2000s, Kardinal Offishall has been dubbed by Billboard Magazine as "the best-kept secret in Canadian hip-hop." The performer turned producer, entertainer, and businessman, adds a new title to his repertoire - dropping sick beats as a DJ that will continue to crown himself as one of Canada's top musical tastemakers to trek the international market.


The evening gets underway with the Heavyweights Brass Band, one of Toronto's finest brass ensembles. Inspired by the New Orleans brass band traditions, they keep one foot firmly planted in the rich legacy of jazz while one foot steps forward into the future. Packing a one-two punch of crossover appeal and respect from music's elite, the Heavyweights "put the fun in funky to connect with fans" (Errol Nazareth, Toronto Sun). Joining the Heavyweights will be Jay Douglas - a key component of the Jamaica-to-Toronto musical movement - for an infusion of Caribbean soul.

Contemporary street dancers pop, lock and break it down and vintage swing dancers, lindy, charleston and jitterbug in a friendly dance battle. Curated by Judi Lopez, founder of Toronto b-girl initiative, Keep Rockin' You, We came to get down: Swing vs. Street is a unique dance-off, the likes of which Toronto has never seen! With live music provided by Tim Shia and the Worst Pop Band Ever, dancers from the Street and Swing communities showcase their respective styles and then trade-off, mixing up their choreography to match the other's genre of music, highlighting the similarities but differences of dance styles that uniquely glorify creativity, culture and era.

** Please Note **
Wristbands will be distributed at 4 p.m. on the east side of Nathan Phillips Square for entry into the KC and The Sunshine Band show on the Toronto Star Stage inside the tent. One wristband per person.
Heavyweights Brass Band and Swing vs. Street will be performed on the Outdoor Stage - no wristbands are required for those performances.

FREE PROGRAMMING
Each year the TD Toronto Jazz Festival ensures that programming is available to meet every budget. Free programming is at the core of this mandate, providing music lovers the chance to explore live jazz at no cost. With more than 50 free concerts presented over 10 days, discover a new artist or simply soak up the sounds at the Distillery Historic District and Nathan Phillips Square or explore some of the new venues such as Holt Renfrew, Second Cup Co. and the Hilton Toronto Downtown Hotel as they play host to some of the best in local, national and international jazz.

Second Cup Coffee Co. 287-289 King Street West
The Festival is pleased to expand its footprint and partner, for the first time, with Second Cup Coffee Co. at the new concept cafe at King Street and John Street. Programming will be chosen to reflect the contemporary and laidback environment, showcasing the wide variety of jazz being performed in Toronto year-round.
Visit torontojazz.com for lineup details.

Hilton Toronto Downtown Hotel 145 Richmond Street West
The Hilton Toronto Downtown Hotel allows music lovers to experience jazz poolside in an intimate setting as the Pool Deck becomes one of the Festival's newest venues this summer. Centrally located and steps away from the hub of the Festival at Nathan Phillips Square, the Hilton will play host to pianist Richard Whiteman, the soul and funk stylings of Justin Bacchus, one of Toronto's favourite duos, Shannon Butcher and Ross MacIntyre, and more!
Visit torontojazz.com for lineup details.

Distillery Historic District 55 Mill Street
The historic Distillery District is the perfect backdrop for jazz when the Festival takes over from June 24 - July 2. Whether it is the stellar lineup of musicians such as guitar-trumpet duo Herriott Harkness, the jazz and blues of Afro-Cuban rhythms of the Eric St-Laurent Trio or the vocal stylings of jazz sensation Tia Brazda, there is whole host of performances that will keep music lovers entertained. And do not miss the strolling musicians each weekend of the Festival as they roam and play throughout the Distillery District.
Visit torontojazz.com for lineup details.

OTHER PROGRAMMING HIGHLIGHTS
The TD Toronto Jazz Festival and Toronto Public Library have teamed up to present a free preview performance and a jazz basics workshop by highly regarded trumpeter, Chase Sanborn at the North York Central Library (5120 Yonge Street) on Tuesday, June 21. All are invited. Workshop at 6 p.m.; concert at 7:15 p.m.

On Saturday, June 25, the Regent Park School of Music will animate the Square with musical demonstrations and interactive opportunities for the audience. Following a performance by each of the steel pan, brass and woodwind ensembles, and community band, there will be an opportunity to test out the instruments -an instrument petting zoo, if you will! The RPSM steel pan faculty will also be on hand to provide steel pan instruction. Dave Clark and his Woodshed Orchestra conclude the festivities with a raucous, romping march through Nathan Phillips Square.

On Sunday, June 26, in association with Manifesto, Groove & Graffiti take over Nathan Phillips Square as professional aerosol artists Elicser and Mediah create a life-size mural with students from Central Tech's Graffiti Club. Combining the creative, inspirational side of graffiti with the creative, inspirational side of jazz and hip-hop, songstress Tanika Charles will provide the live soundtrack to the aerosol art being created. One part jazz, two parts soul, Charles has transformed from an emerging solo artist to a commanding performer and a band leader who presents an immutable charm that is endearingly abrasive as it is honest.

Whatever flavour of jazz you enjoy, find it at the TD Toronto Jazz Festival this summer, running from June 24 - July 3, 2016 as more than 1,500 musicians perform in over 350 concerts. Discover a new artist, explore different genres and attend a live concert surrounded by thousands as the city's largest music festival takes over for 10 incredible days of non-stop activity. Experience music the way you want it!