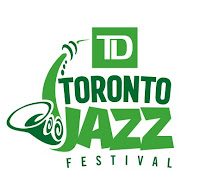 Hector Quartet
5:30pm | OLG Stage on Cumberland St
What better way to kick off the Festival than with one of the local scene's regular contributors - Chris Gale

David Braid The North
7pm | Church of The Redeemer
Winner of this year's JUNO for Jazz Album: Group, the ensemble reunites

Nefe
3:30pm | OLG Stage on Yorkville Ave
The power of Tracy Chapman, the uniqueness of Bruno Mars and a voice that can silence a room

Shakura S'Aida
5pm | OLG Stage on Yorkville Ave
Her warm personality and truly remarkable voice take audiences on a sublime journey that lingers on, long after the lights have dimmed

L.J. Folk Quartet
5pm | Yorkville Village - The Lane
His voice has been described as "sheer perfection"

Russell Malone Quartet
7:30pm | OLG Stage on Cumberland St
A long-time member of Diana Krall's ensemble, he is one of  the international jazz scene's great gutiarists