Directed and adapted by David Farr and Gisli Örn Gardarsson

“The triumph of the production is that it uses physical ingenuity to get to the tragic heart of Kafka’s fable.”   The Guardian (London)
“It’s grimly disturbing, but illuminated by such brilliant theatricality that it’s impossible to tear your eyes away. Potent, startling, visceral and thoughtful.”  The Times (London)
”When Cave’s famous baritone emerges in the twisted euphoric final scene, it marks the climax of truly special night of theatre”  Time Out, Hong Kong
“Very possibly, the finest, highest expression of theatre to I´ve ever seen”  Australian Stage 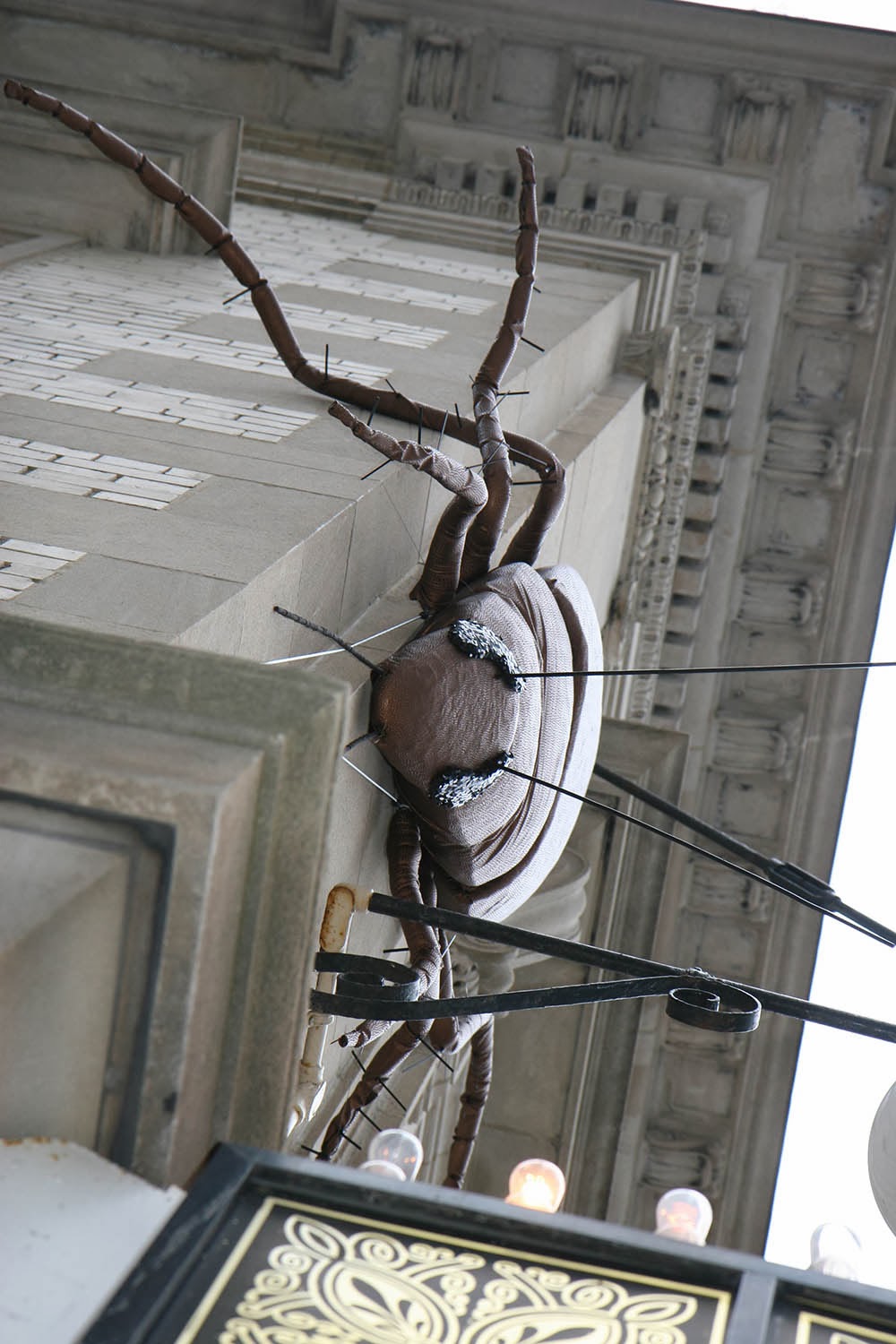 This hugely acclaimed production combines breathtaking physicality and daring aerial action.
After touring around the world, it comes to Toronto. Metamorphosis plays at the Royal Alexandra Theatre, January 28 - March 9, 2014.

A haunting story
The ordinary, unremarkable life of the Samsa family is turned upside down when their son, Gregor, the sole provider for the family, emerges one morning to find himself inexplicably transformed into a gigantic insect. His family’s feelings of revulsion turn to resentment with horrifying results.

Domestic tragedy or a metaphor for totalitarian brutality?
Metamorphosis is a disturbing story. It is fantastic and horrific, yet surprisingly funny and very sad. It is about human nature, relationships between people, and reactions to extreme circumstances.

Franz Kafka wrote Metamorphosis in 1912 and the novella was published in 1915. Since then, it has become one of the seminal works of the 20th century and one of the pillars of surrealism and existentialism, two important literary movements that have influenced every other art form. Metamorphosis has been adapted into film, opera, dance and theatre many times. But this adaptation takes the story into areas that have not been explored before.

Brilliant Set
The first defining aspect of this adaptation is its split-level set, which contrasts a drab sitting room and a ceiling-eye view of Gregor’s distorted bedroom.

The production’s design keeps Gregor as insect permanently visible in a topsy-turvy room, contorting to the sounds of his family’s betrayal and swinging from the rafters, as if in a veritable gymnasium.

It is this aerial physicality that has become this production’s famous trademark. It’s a mid-air transformation of Kafka’s hellish creation.

With evocative original music composed by world-renowned musician and lyricist Nick Cave and long time collaborator Warren Ellis from The Bad Seeds, the music emphasize Kafka’s dream-like vision and turn it into an electrifying reality.

International Tour
Metamorphosis was created and premiered in 2006 at the prestigious Lyric Hammersmith in London. It received rave reviews and has been revived twice since, due to popular demand, in 2008 and again in 2013.

The show toured the UK and then performed in South-Korea (Seoul), Ireland (Dublin), at the National Theatre in Iceland (Reykjavik), Hong Kong in February 2009, Tasmania (Hobart) and Australia (Sydney/Wollongong) in April and May 2009, Colombia (Bogotá) in March 2010, BAM (New York) in December 2010 and St Petersburg in April 2011, as a part of Vesturport’s retrospective upon winning the European Theatre Award.

The stage design is by Börkur Jónsson, with music by Nick Cave and Warren Ellis, lighting design by Björn Helgason, sound design by Nick Manning, and costume design by Brenda Murphy. METAMORPHOSIS is produced by Dýri Jónsson of Vesturport Theatre.
--
METAMORPHOSIS IS TRANSFORMING TORONTO 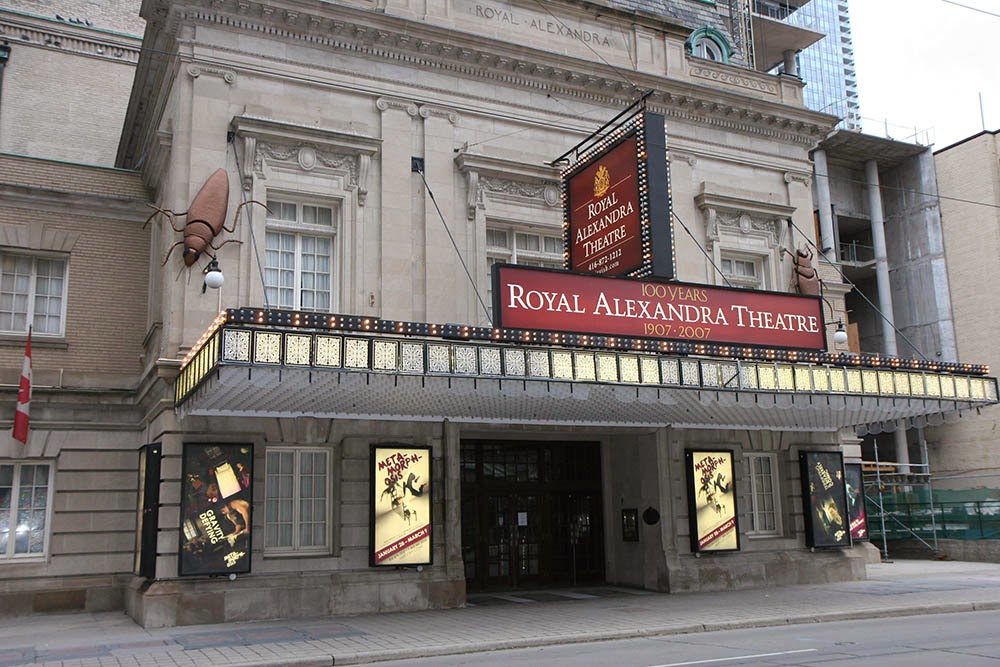 Metamorphosis is about the Samson family, whose life is turned upside down when their son, Gregor, the sole provider for the family, emerges one morning to find himself inexplicably transformed into a gigantic insect.

This new adaptation of one of the most iconic stories of contemporary fiction has been adapted into a very physical and very theatrical production.

The split-level set for the play shows a cross-section of the Samson household, thus allowing us to see the drab sitting room and a ceiling-eye view of Gregor’s distorted bedroom.

The production’s design keeps Gregor as insect permanently visible in a topsy-turvy room, contorting to the sounds of his family’s betrayal and swinging from the rafters, as if in a veritable gymnasium.

To highlight the unusual and theatrical nature of this production, the majestical Edwardian beaux-arts facade of the historic Royal Alexandra Theatre, where Metamorphosis is playing in Toronto, has been transformed into the playground of two giant insects that crawl the building's front wall.

This exterior art installation is stopping passers-by in their tracks as they walk and drive along very busy King Street West.