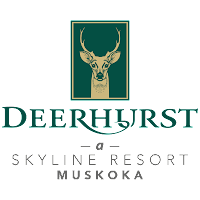 HUNTSVILLE, ON, January 24, 2017 – Deerhurst Resort will be adding lots of laughs to its line-up of classic Canadian winter experiences with a special appearance by Brent Butt of Corner Gas fame on February 11th.
Perfectly timed for a pre-Valentine’s day escape before the Family Day Weekend, Deerhurst’s Brent Butt Comedy Show package is a great way to break out of hibernation mode and remember how much fun winter can be outside the city.

With his witty, good natured comedy style, Brent Butt has become a Canadian comic superstar – despite his low key, self-effacing demeanor. Corner Gas, which he created, wrote, directed and starred in, became Canada’s #1 comedy show, broadcast in over 26 countries including the US. 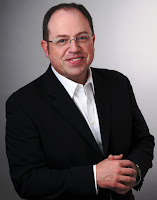 Brent then created another sitcom for CTV called “Hiccups”  and also made the transition to movies with two feature films -the comedic mystery “No Clue“, and the much anticipated “Corner Gas: The Movie.”  Next up is animated series of Corner Gas. Aside from TV and film production, Brent continues to tour the country performing stand-up as often as he can.

Guests of Deerhurst Resort, a Muskoka hallmark just minutes from the town of Huntsville, can enjoy onsite activities like cross-country skiing, snowshoe treks, ice-skating, guided snowmobile tours and sleigh rides.
The resort is also just minutes from Arrowhead Provincial Park with its famous 1.3km ice skating trail, tubing hill, Nordic and snowshoeing trails, and is right next door to Hidden Valley Highlands Ski Area. For those who prefer their getaways more cozy than energetic, there are plenty of opportunities to relax at the Amba Spa, indoor hot tub, or in front of a fireplace with wine and tasting plates from Chef David Bakker’s winter menus. 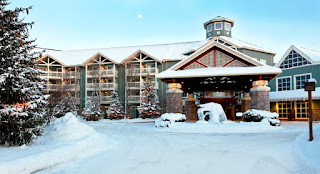 Deerhurst Resort’s Brent Butt Comedy Show package starts from $165 per person, based on double occupancy, and includes Saturday night accommodation, a 3-course dinner and the live show.  Guests can make a full weekend of it with Friday night room rates from just $99 per room. Resort fee and tax is additional. If you’re already in the Muskoka area, dinner and show tickets can be reserved for $89 per person, plus tax and service.