RAMA, ON - Casino Rama Resort is excited to announce the addition of popular performer Chris de Burgh to the fall concert line-up at one of Ontario’s premier entertainment destinations. 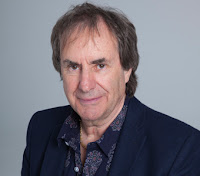 As part of a 16-city Canadian tour de Burgh will make his Entertainment Centre debut on Friday, October 6th 2017, at 9 p.m. performing his greatest hits and live cuts from his brand new album, A Better World.

Fans can expect to hear a selection of some of Chris de Burgh’s greatest hit songs from an international career that spans over 30 years as well as some selections from his latest album, including the single “Bethlehem”, which is a reminder of what a great rocker he is at heart.


De Burgh has always had a very special relationship with Canada as he explains, “It was one of the first countries that really embraced my music, and the atmosphere of playing there is just electrifying. My music goes back a very long way there … the beautiful, wide open nation - and its wonderful people.”

In June 2016, de Burgh’s most iconic single "The Lady in Red," celebrated its 30th anniversary. A fan favourite, to this day it remains one of the most played songs on the planet and reached the #1 position
in 47 countries. Out of his repertoire of more than 280 songs, de Burgh’s other classic songs are staples on the radio: “Don’t Pay the Ferryman”, “Spanish Train”, “Patricia the Stripper”, “High on Emotion” and “A Spaceman Came Traveling” speak to a generation of music lovers, who have rewarded him with sales of 50 million albums and sold out performances worldwide.

A Better World, available in stores and on iTunes, reflects several themes: love, war and adventure, travel, discovery, and home-coming. It deals with the past, present, and the future in a combination of different styles, tempos, and instrumentation. Always in tune with global and political issues, Chris de Burgh provides much food for thought in the lyrical content of his new album.

Tickets go on-sale to the general public on Wednesday, February 22nd at 12 noon and will be available in-person at the Casino Rama Resort Box Office, at all TicketMaster locations, by calling toll free 1-877-599-RAMA (7262) and online at www.casinorama.com. Ticket prices do not include applicable taxes or service charges.

PER SHOW TICKET LIMIT:  Ticket limit is 8 per customer per show.  Please adhere to published ticket limits.  Orders exceeding the ticket limit may be cancelled without notice by TicketMaster at its discretion.  This includes duplicate orders having the same billing address or credit card.
Patrons must be nineteen (19) years of age or older with government issued photo identification to attend concerts & events.  Those who have been trespassed and/or self-excluded from Casino Rama Resort or any OLG property and/or fail to meet Casino Rama Resort’s conditions of entry may not visit, participate in promotions and/or redeem offers.