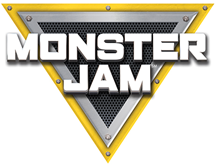 LONDON, ON – January 30, 2017 – Monster Jam fans get ready for a battle at Budweiser Gardens this February!  Feld Motor Sports® has announced three massive Monster Jam shows in London: February 11 at 1pm & 7pm and February 12th at 1pm. Monster Jam is the most action-packed live event on four wheels where world-class drivers compete in front of capacity crowds in both monster truck racing and freestyle competitions.

Celebrating 25 years of adrenaline-charged family entertainment, Monster Jam combines spontaneous entertainment with the ultimate off-road, motorsport competition. Monster Jam events are affordably priced for the whole family with seats starting at $20*. Tickets are on sale now and are available at Budweiser Gardens Box Office, www.budweisergardens.com, or by calling (866) 455-2849.

The event will feature eight Monster Jam Trucks and drivers vying to be London champion including Canadian Cam McQueen behind the wheel of Canada’s Northern Nightmare and two fathers and daughters competing against one another: Nitro Menace/Darren Migues,  Jailbird/Kaylyn Migues and Instigator/Paul Breaud and Muddy Girl/Maddie Breaud. Other trucks  include Grave Digger, Midnight Rider and Wild Thang. Trucks and drivers are subject to change without notice.

Approximately 12 feet tall and about 12 feet wide, Monster Jam trucks are custom-designed machines that sit atop 66-inch-tall tires and weigh a minimum of 10,000 pounds. Built for short, high-powered bursts of speed, Monster Jam trucks generate 1,500 to 2,000 horsepower and are capable of speeds of up to 100 miles per hour. Monster Jam trucks can fly up to 125 to 130 feet (a distance greater than 14 cars side by side) and up to 35 feet in the air.

The Pit Party on February 11 and February 12 (10:30am-12pm) gives fans the opportunity to get a view of the trucks up close and meet the drivers of the massive Monster Jam trucks. Pit Party Passes are $10*, and event ticket must be presented upon entry for access.

*Additional fees may apply on all ticket purchases.