Celebrate the auspicious Year of the Rat with Chinese New Year Afternoon Tea at The St. Regis Toronto 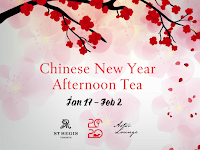 HISTORY OF PU’ER TEA
Pu’er originated thousands of years ago in the Yunnan Province of China, where large-leaf tea trees (Dayeh) grow. Its enchanting history relates closely to the tea trade between China and other nations (notably Tibet), and it is named for the town from which it was originally sold en route to other countries (Pu'er City).

Pu’er ages for many years and the process results in a slow fermentation, where it can take about 15 years for a 'raw' (unfermented) Pu’er to get the dark color and flavour that Pu’er connoisseurs desire. Similar to wine, Pu’er tea's taste improves with each passing year, becoming more flavourful, more complex and more mellow. It is perhaps because of this singular feature, the capacity to improve with age, that Pu’er is also called "a drinkable antique." High quality Pu’er is in short supply as it is coveted and hoarded by tea connoisseurs throughout China and Asia.
THE ART OF AFTERNOON TEA | A Signature Ritual of St. Regis Hotels
Signature Rituals are an integral part of the St. Regis brand and are at the heart of an exquisite stay. The Astors, The St. Regis founding family, practiced these glittering traditions for centuries and, through time, have defined the hotel collection since its founding by John Jacob Astor IV in 1904. Today, each hotel in our portfolio celebrates three rituals — the Bloody Mary Ritual, the Evening Ritual and the Afternoon Tea Ritual — each a modern articulation of timeless tradition and an opportunity to invite guests to experience our enduring legacy. Learn more about our St. Regis Rituals here.
Afternoon tea is said to have been introduced in the mid-1800s by the Duchess of Bedford, who enjoyed gathering friends over a cup of tea and a slice of bread and butter to stave off hunger between lunch and dinner. These occasions became a favorite pastime of many luminaries, including ‘The’ Mrs. Caroline Astor, who adopted the tradition at The St. Regis New York. For her, afternoon tea was a joyful occasion and an opportunity to host gatherings with close friends as a prelude to her grand galas. 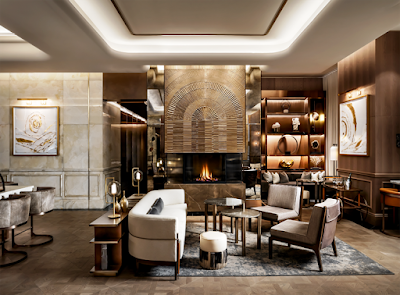 Today, Time for Tea remains a quintessential St. Regis tradition and The St. Regis Toronto is proud to partner with local business owners and connoisseurs like Hoda Paripoush, founder of Toronto-based fine tea merchants, Sloane Tea. Born in India, the daughter of Persian émigrés who had escaped the 1979 Islamic Revolution in their native Iran, and one of Canada’s first accredited Tea Sommeliers, Hoda has lent her worldly knowledge and finest loose leaf teas, including some of the world's rarest Pu'er, to curate an impeccable selection of fine teas including a bespoke blend made for The St. Regis Toronto named Midnight Blossom.
Inspired by Mrs. Caroline Astor, matriarch of the St. Regis founding family and doyenne of New York’s Gilded Age society in the late 1800s, Midnight Blossom pays tribute to her iconic galas where only a handful of her 400 notable guests would be invited to join her afterwards for a highly coveted dinner at midnight, known as the Midnight Supper. Made exclusively for The St. Regis Toronto, Midnight Blossom captures at once the actual flowers used around her residence, the exotic woods of the ballroom, the potted palms and apple blossoms that lined the hallways, and the light crisp essence of champagne wafting through the crowds.

The St. Regis Toronto is pleased to welcome its new Pastry Chef, Gerald Tan. Gerald’s deep appreciation for desserts was developed at a young age through his mother’s love for baking. Born and raised in Manila, he began his culinary career working for the Shangri-La Hotel Group after studying Culinary Arts in De La Salle University.

At the age of 21, he moved to the U.S. and worked for Hyatt Regency Scottsdale and Hyatt Hill Country San Antonio. Off-season, he lived in Nantucket Island, eventually settling down in Calgary, Alberta.After 6 years at the Hyatt Regency Calgary, he fell in love with the mountains and took on the Pastry Chef role in Kananaskis Mountain Lodge, Autograph Collection Hotel. In 2019, Gerald found his second home at The St. Regis Toronto where he works as the Pastry Chef, bringing creativity and sense of pride into his thoughtful desserts.