A sure sign of spring is the march of the swans and geese to the Avon River in Stratford.
The gaggle of geese and majestic swans has had to wait an extra week for their spring outing due to the ice-clogged river.
Organizers have moved the celebrations to April 12 and 13 instead of the tradition of the first weekend in April.


“The swans need open water on the river before they can be released – and it wouldn’t be a proper spring celebration without the swan parade,” said Cathy Rehberg of the Stratford Tourism Alliance.

Shake a tail feather
Crowds will gather on April 13 at 2 p.m. to watch the flat-footed critters waddle their way from their winter quarters at the Allman Memorial Arena at Morenz Drive and Lakeside.
Led by the Stratford Police Pipes and Drums, the parade will consist of 26 white mute swans and two Chinese geese who usually lead the pack.
It’s said to be “all the music, drama and celebration that is Stratford,” with Sunday activities from noon to 3 p.m. along Lakeside Drive.
There will be Freddy Fusion Science and Magic show, a puppet show, music, chainsaw carving, Bogle the Clown, Playmakers! Theatre School street performers, face painting, swan hats and crafts.
Street food trucks will offer tasty treats along with a charity barbecue and complimentary Tim Horton’s coffee and Timbits.
There will be a dance performance by Onstage Dance Studio, face painting and swan crafts by Kids Play Perth.
A swan photography exhibit by Vlodek Tydor will “offer a charming view of nature” and a chance to meet the artist.
Also planned is a swan tribute unveiling at 1:40 p.m. to honor the late mayor Ted Blowes and Robert Miller who was “keeper of the swans” for almost 50 years, for their dedication and community leadership.
Free parking is available in the Stratford Festival parking lot, at the corner of Lakeside Drive and Queen Street, and along Lakeside Drive east of Front Street.
Events begin on Saturday with the unveiling of a floral display of swans in the heritage downtown.
Guided swan walks to learn about the graceful and feisty feathered ambassadors, view them in their winter quarters and visit popular nesting spots are offered both days for $7 a person. 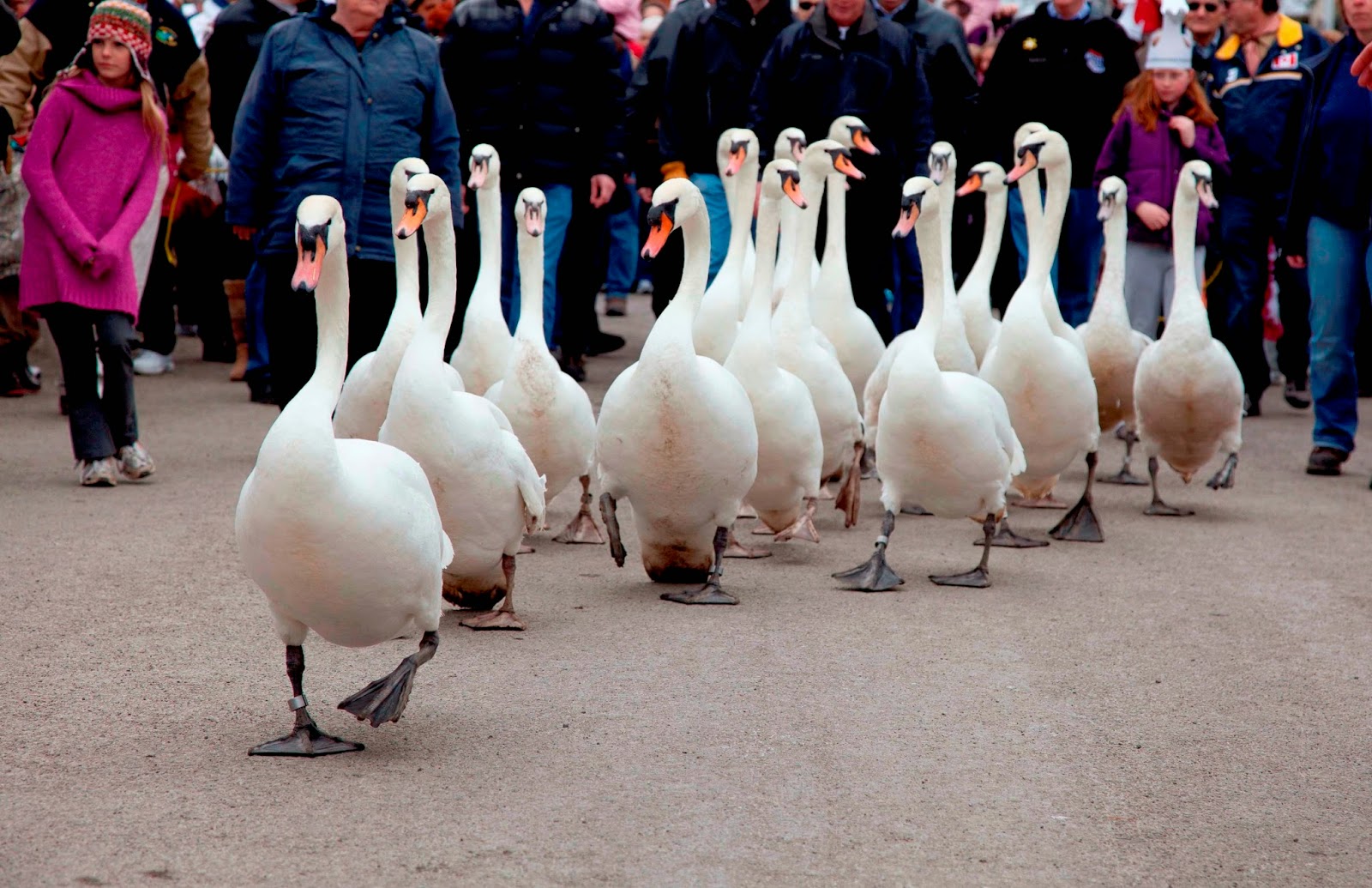 There will be free horse-drawn carriage rides courtesy of downtown businesses both days.
The Swan Quest search for 12 decorated topiary swans downtown invites shoppers to nominate their favourite for a chance to win a $100 shopping spree.
Pose for photos with BJ, the swan mascot, while author Tara Trachsel Green will read Sammy the Swan’s Summer Adventure. Details: visitstratford.ca/swans; 1-800-561-7926

Fuel and fun
Spring has arrived in Explorers' Edge, the “naturally adventurous” region of Algonquin Park, the Almaguin Highlands, Muskoka and Parry Sound, says Kate Monk, communications manager.
She invites visitors to book the Fuel & Fun Package at the “most-welcoming time of the year, with more selection, off-peak rates, no bugs and everyone in a super mood because the long winter is finally over.”
Travellers who book two consecutive nights at participating accommodations before April 19 for a stay between April 20 and June 23 can register for a $50 gas card and $50 in cash vouchers to spend at participating attractions, restaurants and shops, she said. explorersedge.ca/fuelandfun; (705) 646-7673

Ahh, the spa
After a winter that’s been tough on the skin, relief is available from the Shizen Spas at Skyline Hotels & Resorts, says public relations manager Katie Thomas.
Escape to the Shizen Spa in the Cosmopolitan Hotel in Toronto for the Thai Herbal Massage featuring sea salt and lavender with original Thai massage techniques. Treatments start at $135 for a 75-minute massage.
The Shizen Spa at the Pantages Hotel Toronto offers the Shizen Body Wrap to detoxify and hydrate, with treatments from $115 for 60 minutes.
Get away from it all at the Deerhurst Resort in Huntsville and Horseshoe Resort in Barrie with the Spa Your Way package.
It includes one-night accommodation for two and a $100 Shizen Spa credit from $199 at Deerhurst and $279 at Horseshoe nightly. skylinehotelsandresorts.com; 1-888-496-3986

Jim Fox can be reached at onetanktrips@hotmail.com
For more One-Tank Trips: http://1tanktrips.blogspot.ca
Posted by Jim Fox at 1:30 PM